What we can expect from the residential property market in 2019 and beyond. 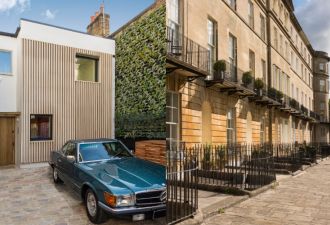 Stephanie McMahon, Head of Research at Strutt & Parker, said: “We are holding our forecast for UK growth at 2.5% for 2019 – with the 5 year forecast from 2018 to 2022 standing at 18.0%. Total transaction levels for England and Wales in 2018 look to be relatively equivalent to those in 2017, when looking at the country as a whole. We would expect this trend to continue into 2019 with the number of registered buyers and viewing numbers gradually increasing.”

“However, the story in Prime Central London (PCL) is different and transaction levels continue to be low by historic standards. We have revised down our forecast for PCL house price performance which stands at 2.0% growth for PCL house prices in 2019 as a best case scenario and -5.0% as a downside risk. Substantial economic and political uncertainty remains both nationally and globally and this does not look likely to change any time soon. The likely outcome of Brexit negotiations remains extremely unclear, with the potential for this uncertainty to continue longer than we hoped for. In London, we expect to see stagnant prices of further negative growth in the final stage of 2018 with the possibility of further price decreases continuing into 2019. The prediction for the PCL lettings market is slightly more positive, with the forecast for 2019 at 1.5% rental price growth.”

“Beyond 2019 it is extremely difficult to forecast the market with any certainty and we would expect some bounce back once more stability has returned. The fundamentals of the UK economy remain broadly positive, with sentiment remaining cautious.”

The interest rate increase in August 2018 from 0.5% to 0.75% was only the second interest rate rise since the financial crisis and is having the knock on effect of increasing the cost of mortgages for many households, whilst increasing savings rates for others. Forecasters still expect interest rates to rise gradually over the next few years, with an expectation of reaching 2% by 2021.

Overall, the Buy-to-Let market looks to be relatively stable, albeit with subdued levels of new uptake, due in part to the impact of recent legislative and tax changes.

Five years of survey results showed that a desire for a more relaxed, accessible lifestyle lies behind the most popular reasons for moving home. Along with privacy, mentioned by 66% of respondents, access to local shops and amenities, digital connectivity and public transport are among the top reasons for moving. Access to public transport was mentioned by significantly more respondents – 48% compared to 37% in 2013. Even in the digital age, more people wanted to be close to family and friends, up from 37% to 48%. Walking to work was also seen an increasingly attractive option, up from 25% to 36%. This year’s survey also showed marked changes when it comes to the size and type of home respondents expected to move into in the future.

Vanessa Hale, Director in Research at Strutt & Parker, said: “When we look back at the past five years of Housing Futures survey results, a clear pattern emerges showing that homebuyers have an ever-increasing desire to be connected. Connected to good local shops and amenities, connected to work via convenient public transport, connected digitally to the internet.”

“Since 2013 when we first ran our survey, the number of people who rated good broadband as a key motivation for moving had grown from 48% to 57%. Digital connectivity is now seen as essential for the majority of movers. Likewise, public transport connectivity was a big consideration – up from 37% to 48% - and more people want to walk to work, up from 25% to 36%, something which is usually more possible in a city or big town than it is in the countryside. Overall, our survey showed that urban living has become more popular over the past five years, up from 9% to 15%.”

“People seem to want more speed and ease in all areas of their hectic life. However, at the same time and perhaps counterintuitively, homebuyers still value their privacy. They want to feel secure in their homes, not cramped or overlooked. It is a delicate balance to strike – we want shops and cafes and train stations in walking distance, but we don’t necessarily want everything that city life brings, such as dense terraced housing or high density flats with smaller living spaces.”

“This could partly explain why detached homes dramatically decreased in popularity from 83% to 49% over the past five years, and semi-detached homes became more aspirational, growing from 5% to 14%. Perhaps homebuyers are starting to realise that they can have it all when it comes to connectivity, but they may need to compromise on the privacy of a detached home if they want everything on their doorstep.”

Explanation of criteria used to map areas with:

Banbury scored highly for connectivity due to its commute time into London of less than 60 minutes and a superfast broadband average figure of 99.1%. With an average house price just over £250,000 it has good quality housing stock and also a strong sense of place according to Twitter and Instagram – the hashtag #Banbury has been used over 54,000 times.

Mark Smith, Head of Sales at Strutt & Parker’s Banbury office, said: “Banbury is ideally located for commuters on the Chiltern line looking for an Oxford alternative. The line goes into Marylebone which is much more manageable and less busy than Kings Cross or Paddington. As a market town, Banbury is thriving and has moved on from its traditional heritage supporting the local farming community, to a business centre and the home of many well-known corporations. Buyer demand remains steady thanks to keen families looking to upsize.”

Alice Protheroe, Head of Lettings at Strutt & Parker’s Banbury office, said: “Banbury has seen a record year for lettings. There has been an increase in demand during the past 12 months from families looking to rent and make the most of Oxfordshire’s improved transport links into London. The Banbury M40 corridor is an area which is likely to see healthy returns in the next few years. Aside from excellent schooling, plentiful amenities and countryside views, as Oxford becomes increasingly populated with properties being snapped up fast, North Oxfordshire is becoming more attractive to renters.”

Other regional hotspots to watch in 2019:

James Mackenzie, Head of Strutt & Parker’s National Country House Department, said: “After a slower start, the market in Bath picked up momentum in the second half of 2018. One group of buyers are parents from China buying properties for their student children who attend the University: rather than renting, they want to see their long term investment grow. British expats from Asia, who are often paid in dollars, are taking huge advantage of the weak pound right now seeing Bath as a new city of choice. Despite its relatively small size, Bath has more charm and depth than neighbouring cities like Bristol.”

Ed Church, Head of Strutt & Parker’s Canterbury office, said: “Kent has seen another busy year. Thanet is benefitting from High Speed connections and remains relatively affordable. The railway line from London via Canterbury to Ramsgate is set to see faster journey times within the next two years, and buyers are arriving in anticipation of that. Canterbury West already enjoyed fast journey times of just 57 minutes into St Pancras station and this has had a big impact on the property market within a two-mile radius of the station. Restaurants are opening up all around the hub of West Gate Towers (a historic gate house as you enter the city) and there is a vibrant mix of students, families and professionals. Road improvements such as the Sturry bypass will help certain areas to the east of Canterbury when work is completed.”

James Wort, Head of Strutt & Parker Harrogate, said: “Buyers in Harrogate moving back from London are up 20% from last year. Usually families in their 30s and 40s who already have roots in Yorkshire are attracted by the schooling and being closer to grandparents. We are also seeing baby boomers swapping their historic rural country pile for a townhouse within walking distance of amenities and this is a trend set to continue in 2019. With very few houses in the pipeline in Harrogate, stock levels are tightening.”

Charlie Willis, Head of London Residential at Strutt & Parker, said: “Our Notting Hill office has had its best year in terms of volume of sales in 2018 since it opened its doors seven years ago; doing more than double the number of transactions in 2018 vs 2017. Some properties, with price tags of up to £25 million, have sold in sealed bids situations within a matter of days. We anticipate another good year for the Notting Hill market in 2019, even against a very complex political climate, due to its beautiful houses that families want to live in for the long term. UK domestic buyers now account for 80% of our transactions in London at Strutt & Parker and Notting Hill has really reaped the benefits of this revival of the British buyer in the capital.”

Strutt & Parker’s 2018 Waterside Survey showed that young adults are driving the demand for waterside living in the UK. In contrast to the popular perception that it’s mostly older retirees who aspire to live by the water for health and relaxation reasons, the survey results highlight that over a quarter (26%) of under-35s and over a third (36%) of 35-39s are actively looking to live near water within five years, along with and 27% of 40-44s. This compared to just 12% of over-45s.

The rise in flexible working is helping to facilitate the move to waterside living among young professionals. Among employed adults already living in waterside properties, 49% work from home. This rises to 61% of employed adults in their early 30s (30-34) and 78% in their early 40s (40-44). Those working from their waterside properties do this for three days a week on average. The Telecommunications, Technology, Internet & Electronics sector is one of the industry sectors driving the trend, with 77% of workers in this kind of job working from their waterside home. This compares to 25% in Education and 33% in Healthcare & Pharmaceuticals.

There has been an increase in those who desire to live near to docklands (7% compared to 1% in 2017), perhaps reflecting the increasingly dynamic and aspirational nature of dockland regeneration areas such as those in London and Liverpool.