The connection between house prices and schools is long-standing. Mark Rimell, Partner at Strutt & Parker’s National Country House Department, looks at some new figures and the best places to buy. 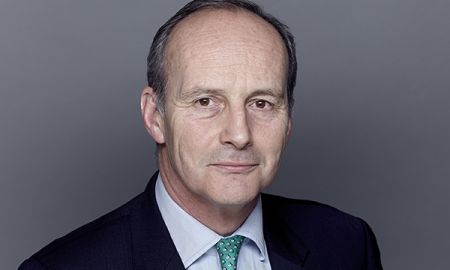 Prices for houses near a good school can be over £18,000 greater than the average property price in England.

In fact, school standards minister Nick Gibb has warned that for young people, chances of success can be dependent on how much money their parents earn and where they can afford to live.

“This new analysis sheds a light on how far selection by house price is restricting ordinary parents' access to the best schools,” he adds.

The lure of catchment areas

The new figures show that the top 10% of primary schools in London would increase home prices by £38,800,while the average across England for homes near good primaries is £18,600, and £15,800 more for those near good secondary schools.

Catchment areas for primary and secondary schools rated ‘Outstanding’ by Ofsted see the highest returns. And competition for properties close to the best local schools can be fierce -particularly when oversubscribed schools sometimes have admission policies that can favour those living closest.

And if you are going to watch your children play sport on a Wednesday night, you don’t want to be driving for hours and hours - so even if there’s no fixed catchment area, there are still often fierce competitive bidding wars near good schools.

It’s important to note that councils can change catchment area boundaries, so bear this in mind when looking.

Investing in the future

Many parents take along-term view and consider paying a ‘school premium’ as a good investment, not just for their children’s education but also from a financial point of view for the future.

Properties near good schools often hold their value in a challenging market and tend to sell faster if the market stalls, simply because there will always be parents willing to pay the premium for their children.

These properties can come with an attractive lifestyle too, located in thriving communities that make them popular with all buyers - although school-run traffic can be an issue.

And it’s worth noting that a change of head teacher can cause a school with a high Ofsted rating to slump. Falling standards at a school - to the point it loses its precious Ofsted rating - could have a negative effect on house prices.

What to look at: the school or the house?
The question becomes, do you pick the house or the school first? If the house of your dreams is not located close enough to your child’s school, it may become a reason to move again further down the line.

For a long term and happy move, the location needs to tick the right box as much as the house.

Finding a home near the right school, in an accessible location, and close to transport links, might seem like a hard task, but it’s worth working with your estate agent and staying open minded.

Lifestyle is, and always will be, the biggest consideration factor when moving house.

Broxbourne in Hertfordshire is a particular hotpot for good schools,from primaries like Heath Mount, Wormley, and St Joseph's, to secondary schools like Haileybury it’s one of the main reasons buyers snap up homes there.

As the area attracts a lot of London commuters, when you get a home that is both commutable and near good schools - like Wormley Hill House in Broxbourne - competition can be fierce.

As well as a hub for commuters - getting you into London Waterloo within the hour - almost every school in Winchester is rated ‘good’ or above by Ofsted.

Excellent private schools include The Pilgrims’ School for boys and St Swithin’s mixed school. Peter Symonds is a state comprehensive school with an‘outstanding’ rating noted as one of the top 10 sixth form colleges in the country. Houses within a 2 mile radius are some of the most desirable in the city, popular with Londoners with children of school age.

See what’s on the market in Winchester today.

According to the data released by the DfE, Kendrick School in Reading was the third highest performing state school in 2014’s GSCE results, with 93% achieving the EBacc.

View the properties for sale in Berks & Bucks.

Best known for having the ‘Second Best University in the World’, as well as being at the heart of science and technology innovation, schools here are naturally some of the best performing in the UK.

Hills Road Sixth Form College achieves more Oxbridge entries than any other state school in the country. Parkside Community College has the highest performing GCSE results in Cambridgeshire. Top independents include the Perse School and Perse School for Girls.

Check out the homes currently for sale in Cambridge.

Guildford in Surrey is a great location for big family houses with a plethora of high achieving state and private schools.

The best known in the area is The Royal Grammar School. The leading independent day school for boys aged 11 to 18 is ranked 15th in the country for independent senior schools in the UK with 80% of its pupils achieving an A level pass of grade A* and A. St Catherine’s School and George Abbot School are also well regarded, as well as Pewley Down Infant School which is rated ‘outstanding’ by Ofsted.

View our collection of homes in Surrey.