You hear the name Jekyll and you probably instantly think Hyde, not gardens. 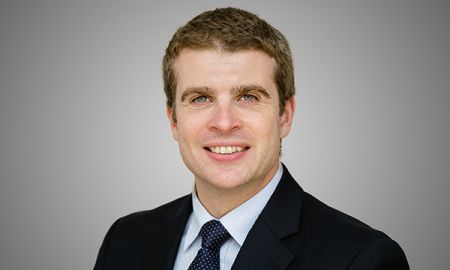 And you wouldn’t be far wrong. Gertrude Jekyll, the acclaimed garden designer born in 1843, was sister of Walter Jekyll, a close friend of Jekyll and Hyde author Robert Louise Stevenson.

But while her brother’s influence has lived on in literature, it’s her gardens that still stand today across the globe.

Born in London, Gertrude’s large family moved to the Surrey countryside when she was just five years old. Setting up home at Bramley House near Guilford, she lived here happily with her family for many years.

While she was always interested in gardens, her main focus early in life was painting and embroidery. But she moved away from these after her she was diagnosed with severe and progressive myopia. It was then she moved into garden design full time.

An ardent designer, it was when she combined with acclaimed architect Sir Edwin Lutyens that people started to take notice of her work.

Part of the Arts and Craft movement, she favoured natural beauty above all else and together the pair worked on over 100 different gardens over their lifetimes. In fact, many claim that she is, at least partly, responsible for crafting our vision of the classic English way of life.

She stayed in Surrey, moving to Munstead Wood where she experimented with various plants and settings. While her fingerprints are on over 350 designs in both England and America, she often never visited her projects, preferring to correspond by letter with her clients.

What is her style?

While she was quite a no-nonsense type, she loved the natural world and all its beauty. Her gardens were designed to reflect this, creating a painterly effect through her brilliant use of colour and texture. It’s thought she was inspired by Impressionist painters like Turner in her use of colour and creating ‘brushstrokes’ using flowers.

Thanks to her partnership with Edwin Lutyens, architecture also played a big part, working as a framework on which she could build garden designs.

She was a fan of using ‘warm’ and ‘cool’ colour schemes to highlight different areas, often moving from one scheme to the other and back again in a single border.

And despite her use of architecture to shape the gardens, plants and flowers were her true love. It’s thanks to her that many modern favourites like Begonias, lavender and old fashioned roses are used as widely as they are.

She also liked to bring natural aspects into her design, putting different plants into woodland settings or water gardens to see how they would look and flourish.

Alongside her garden design, she also became a successful writer of reference books including her famous Colour in the Flower Garden. And she even designed vases so that flowers could be properly displayed indoors.

Where can you find her work?

One of the most recent developments to restore a Gertrude Jekyll garden is the King Edward VII development in Midhurst. The Grade II and II* Listed buildings in the South Downs National Park have been restored to their former glory while the garden, which was originally planted by Jekyll, has also been replanted to the original plans.

Her former home at Munstead Wood can be visited by appointment, as it’s now a private residence. The house was designed by Lutyens, with input from Jekyll.

Sadly, many of her original UK gardens have been partially or totally destroyed over the years. But there is a list of gardens that still exist at the Jekyll estate’s website. These include Knebworth House, which includes aspects of her designs, and Durmast House, which is currently under restoration.

The Godalming Museum also carries many of her notebooks and copies of her garden drawings. The original drawings are in the University of California, Berkeley

The rise of the renters