Fed up of train delays and rail strikes? Find the best places to buy for a smooth London commute. 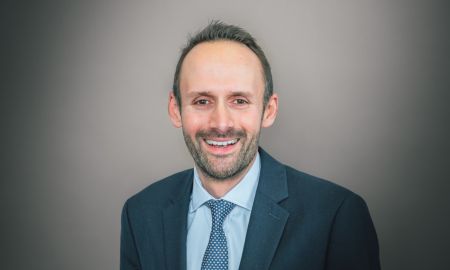 Rail passenger satisfaction is at its lowest level for a decade, according to a recent report by Transport Focus. People commuting in London and the South East are some of the least satisfied – understandably, given the chaotic timetable of rail strikes and delays last summer.

But it’s not all doom and gloom. A couple of London operators have recently made significant improvements, and there are places where your commute to the city could be surprisingly easy.

We’ve discovered the best areas to buy property for an easy London commute.

The best and worst rail commute to London

Top of the list for punctuality and reliability are Heathrow Express, Chiltern, Virgin and c2c. Bottom of the list for London commuters are South Western, Greater Anglia, Great Western, Southern and Thameslink.

So if you’re looking for a reliable rail connection to the capital, north and west of London, or Essex are your best bets.

For those willing to travel a bit further afield, Grand Central has some of the highest satisfaction ratings. From the north of England, get on a train from York, Doncaster or beyond.

Run by the reliable Chiltern Railways, trains from High Wycombe drop you at London Marylebone station in under 40 minutes.

High Wycombe topped the list of On Time Trains’ analysis of London commuter towns to find the fastest, most frequent services. In 2018/19, 90 per cent of trains at High Wycombe arrived within five minutes of the scheduled time.

Property pick: 4 Disraeli Park is within walking distance of Beaconsfield station (one stop closer to London on the High Wycombe line).

Nestled in the foothills of the Chilterns, the short commute means that city workers can have a great work-life balance, as well as access to some of Buckinghamshire’s best schools.

Property pick: Marsham House is a new development of one and two-bedroom apartments and penthouses, just a few minutes’ walk from the station.

With a 19-minute commute to St Pancras station, St Albans is a popular commuter town. Aside from last year, when it was heavily impacted by timetabling issues, train services are generally fast, frequent and reliable.

Property pick: 52 Clarence Road is a period family home less than half a mile from St Albans mainline station.

Best for escaping to the country: Denham

The picturesque Buckinghamshire village of Denham is on the Chilterns main line. There’s plenty of pros: Located just inside the M25, with reasonable season ticket prices, a short train journey to London, and beautiful countryside on the doorstep. Denham is a convenient country retreat for Londoners looking to escape the city.

Property pick: This three-bedroom apartment is part of The Prescotts – a Grade II listed country house with stunning grounds and gardens.

If you’re looking to balance out the cost of a mortgage with a season ticket, and want a short commute, Apsley in Hertfordshire is your best option west of London.

Fast trains get you into London Euston in 30 minutes and average house prices in the area are around £228,000. Trains are run by West Midlands Trains – not one of the top companies, but in the middle of the pack for reliability.

Basildon offers a combination of cheap house prices, low season tickets and a reasonable commute into London for Essex commuters. Average house prices are around £270,000 and a monthly rail ticket will set you back £245.

Train services are operated by c2c, and in 2018/19, 94 per cent of trains arrived within five minutes of their supposed arrival time.

Commuters in Kent and Surrey have had a rough time of it recently, suffering the brunt of train delays and strikes. But Chatham fared better than most, with 86 per cent of trains arriving within five minutes of their arrival time and only one per cent of trains getting cancelled.

Chatham also has affordable house prices, though many people prefer to live in nearby historic Rochester (on the same line).

If you hate having people’s armpits in your face but can’t avoid peak-time commuting, you may want to consider less crowded routes.

Virgin Trains has some of the highest satisfaction scores for low crowding. Milton Keynes is conveniently situated on their regular routes and if you time it right, you can get into London Euston in under 40 minutes.

The Victoria Line suffered the lowest number of delays and signalling issues in 2017-2018, making it the most reliable underground line for commuters.

For luxury apartments, riverside living and a convenient commute, Vauxhall should be top of your list.

If there’s one guaranteed way to avoid the stress of rail and tube delays, it’s to take to your bike. Your morning commute may become the best part of your day.

If you live in West London, you can pick up Cycle Superhighway 3, which runs from Paddington to Tower Hill, or weave your way through the quiet backroads for a more scenic route.

Property pick: Rutland Gardens is located just off Cycle Superhighway 3 on the south side of Hyde Park.