The biggest road project since the M25 could ease commuter journeys across the Thames and open up new areas for development. We look at what opportunities the proposed Lower Thames Crossing could offer. 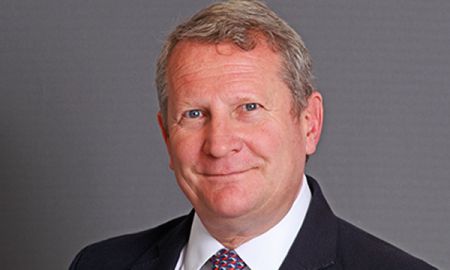 The Lower Thames Crossing project is one of the largest and most controversial road projects announced in recent years. Motorists braving the notorious queues on the Dartford Crossing may sigh in relief at the thought of an alternative route across the Thames, but those who live in the vicinity of the proposed route have concerns about the impact on the local environment and house prices.

We look at what impact the Lower Thames Crossing could have on the housing market in Kent and Essex now and in the future.

Why is the Lower Thames Crossing being built?

The Dartford Crossing is the only route across the Thames east of London. The two tunnels and Queen Elizabeth II Bridge handles 55 million journeys a year – 6 million more than it was designed for– and any traffic incident can lead to miles of tailbacks.

The new crossing will be located east of Tilbury in Essex and Gravesend in Kent, and link the M25, A13 and A2. Construction is anticipated to start in 2021 and be fully open by 2027.

Although the primary purpose of the project is to cut congestion and allow nearly double the amount of traffic to cross the Thames, the government also hope that there will be a positive economic impact, creating new jobs in Essex and Kent.

How the Lower Thames Crossing could affect the local housing market

As with any major infrastructure project, not everyone is happy it’s going ahead. Local residents are understandably concerned about whether their home may be directly affected, as well as increased pollution and wider environmental impacts.

In the short term, this could have a negative impact on the housing market in the immediate vicinity. Buyers who are considering moving to the area may veer away from homes around the proposed route, instead choosing to buy elsewhere to avoid the risk of their property being impacted by the construction project.

Longer term, the Lower Thames Crossing is likely to open up more areas for development, particularly once the construction and landscaping work is nearing completion. Particularly for north Kent, the new crossing will make Essex and the counties north of London much more accessible, which is great news for commuters.

The new crossing will divert many of the millions of lorries and holidaymakers travelling to and from Dover away from the Kent section of the M25, making it quicker for local residents to get around.

For those living in east Kent, journey times to the north will be shorter, making commuting from Kent to northern counties a more realistic (and bearable) option.

The recent influx of new homes in Kent

As in many parts of the country, the government’s ambitious housing targets are driving development in Kent. The county offers good schools, fast connections to London and greater affordability than many of the Home Counties.

One of the biggest developments is Ebbsfleet Garden City, just a few miles west from the southern terminus of the Lower Thames Crossing tunnel. Plans for the site includes up to 15,000 new homes, a new commercial centre and several parks. For occupants of these new homes, the Lower Thames Crossing can only be a good thing. They are far enough away to not be directly affected by the construction of the new road but close enough to reap the benefits.

Homes that will benefit from the Lower Thames Crossing

The ancient city of Rochester is just a few miles south of the new crossing, making it a convenient option for people commuting to Essex and other counties north of the Thames. A unique conversion of an old brewery has created four stunning apartments for sale in the Georgian part of the city.

Homeowners near the Dartford Crossing will also benefit from reduced congestion when the Lower Thames Crossing becomes operational. Sitting just inside the M25, 10 miles south of the Dartford Crossing, and with direct trains to London, the small town of Swanley is a great option for commuters who want both rail and road networks. Hawthorn Park is a stunning collection of 2, 3 and 4 bedroom new homes.

Time to apply for Hedgerows and Boundaries Grant Scheme