Which local amenities add most value?

Can living near local amenities add extra value to your home? 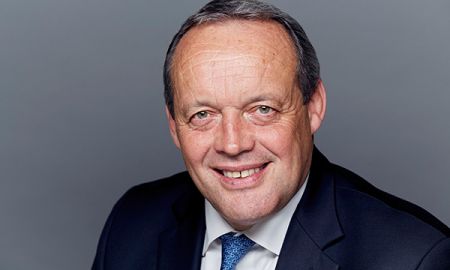 A new report by Lloyds suggests that having a leading supermarket near your home can seriously boost its value. Our Housing Futures survey, meanwhile, found that access to amenities was important for 54% of home movers, up from 39% in 2014.

We look at which local amenities add the most value to your property.

There is certainly a correlation between house prices and proximity to supermarkets, but cause and effect isn’t quite as clear. Does the value of a home increase because a certain supermarket is nearby, or do such supermarkets target areas where home values are higher?

The latter could be the case with Waitrose, which has always aimed itself at the upper end of the household income scale. Lloyds found that living near Waitrose can add £38,666 to the value of your home. This is 10% higher than the area’s average price, the study shows.

A study by FastSaleToday found that having a quality high-street restaurant like Carluccio’s or Prezzo nearby can boost the value of your home.

And it seems the better the restaurant, the bigger boost to your property’s worth. Having a Michelin-starred restaurant on your doorstep adds 50% to the value, according to a prime location.com survey.

But not all restaurants, or eateries, are good news for homeowners. Being within walking distance of McDonald’s saw prices drop by up to 24%, compared to other homes in the area.

And while having a good restaurant nearby is always nice, and can add value to your home, it might not be the restaurant alone that is adding the value.

Many of high street restaurants are based near other amenities like shops, cafes and banks, all of which boost your property’s value. While being close to a McDonald’s could mean you’re also near to a major road, which could be harming the value of your home.

Transports hubs are a tricky one and their ability to boost your home’s value depends on the type of hub. Tube stops are good, while airports less so.

But they’re still an important consideration for those looking to buy. Our Housing Futures survey found that access to public transport was a top priority for 45% of househunters.

In London, being within walking distance of a tube stop can add some serious value to your property, though getting too close can also be a problem. There’s a 10-minute circle around a tube where property prices peak – outside this, it’s too far to walk, any closer and you have to deal with added traffic, roads and pedestrians.

Being near an airport might have a few benefits, especially if you do business abroad a lot, but the noise can seriously depress the value of homes in the neighbourhood. Anything under a flight path tends to be lower in value than similar properties outside of the path.

When plans were mooted for a new runway at Heathrow, HACAN, a group against the expansion, claimed some of the most affluent parts of London would suffer from noise pollution which would have a knock-on effect on house prices. At the least, it’s thought people in the affected areas would move to quieter locations.

Parks and green spaces are hugely popular among househunters. Our Housing Futures survey found that outstanding countryside views were a top priority for people when moving house, followed by walking trails.

And this increase in demand can manifest itself in a rise in prices. In London, each hectare of park space within 1km of a house increases prices by 0.08%, according to a Greater London Authority report.

Additionally, having a regional or metropolitan park within 600m of your home added between 1.9% and 2.9% to total house value. With the average London property costing £472,163 in May 2016, this could mean being close to a park can boost your home’s price by £13,692.

We’re always told how we’ll all benefit from major events such as the 2012 Olympic Games. But do these promises hold up in reality?

Lloyds, again, found that properties near the Olympic developments in London have seen values rise by 26% since 2012. Even before the developments were completed, areas like Forest Gate, Homerton and Leytonstone benefitted from the plans for the Games with house prices in these regions rising by 5% between 2009 and 2010, compared to an average of just 1.6% across the city.

Meanwhile, a study by the London School of Economics found that prices around Arsenal’s Emirates development and the new Wembley stadium have risen by up to 15% since the new sports venues were opened to the public. This was higher than the natural property inflation in other areas of London, suggesting the developments were causing the increases. The study also found evidence that prices near the two venues actually began to rise with the announcement of the plans.

One reason for this boost is that many large sporting developments now include funding for the transformation of local areas. This includes improved public spaces, better transport links and infrastructure, and the ability to attract businesses to otherwise rundown areas.

While attendance at churches might be down, prices for homes near them are up. A study by the Spatial Economics Research Centre found that the further homes get away from church steeples, the more affordable they become. For every 1km of distance away from the church, prices fell by 4.2%.

This is often because churches tend to be the focus points of towns, with businesses, high streets and the general community revolving around them. Being closer to them means you’re at the hub of your community.

Get your property ready for viewings