This briefing is a summary only of the relevant details as at the date of production. For full information please refer to the relevant RPA guidance handbooks or online at www.gov.uk/cap-reform. 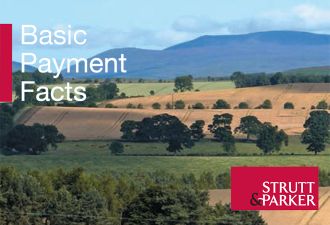 This briefing is a summary only of the relevant details as at the date of production. For full information please refer to the relevant RPA guidance handbooks or online at www.gov.uk/cap-reform.

1. CAP Information System (CAPIS)
• The new Basic Payment Scheme (BPS) brings with it a new application process. The Government has, under its ‘Digital by Default’ agenda, taken the opportunity to move the whole process online for the first time, and DEFRA have called the new system ‘CAPIS’.
• Every farmer has to register on the system in order to be able to claim any of the CAP schemes. Once registered, a farmer can authorise an agent to act on his/her behalf. Significant efforts have been made by the RPA to engage with the estimated 12,000 farmers who have so far had no ‘online presence’ to find a way for them to register and complete their 2015 BPS claim online.
• As well as completing their claim online, farmers (or their agents) will have to use CAPIS to update business details, view and amend Rural Land Register maps, and request field and entitlement transfers.

2. Basic Payment Entitlements
a. Establishing entitlements
• On 1st January 2015 all SPS entitlements held by farmers in England became BPS entitlements. Each farmer will need to activate their allocation of BPS entitlements by submitting their claim by 15th May 2015. That farmer will then be formally awarded his new BPS entitlements based on the number of entitlements rolled over, but subject to a maximum equivalent to the area of eligible land declared in 2015. Thus, if a farmer holds more entitlements than the eligible area which he/she declares in 2015, the surplus entitlements will be extinguished.
• BPS entitlements can only be held by Active Farmers (see section 3 below for the definition of Active Farmer).
• The rules regarding activation of BPS entitlements will be stricter than under the SPS regime:
- At least once every two years you must activate ALL your entitlements in a single year.
- It won’t be possible to ‘rotate’ entitlements, so anyone with surplus entitlements will soon lose them under the new scheme.
• There is now only one type of entitlement in England – Normal entitlements.
• The three existing English regions remain as lowland, SDA (Severely Disadvantaged Area), and SDA moorland, but under the BPS the moorland payment will increase to around €70/ ha, whereas SDA and lowland rates will merge at around €244/ha (please note these are estimated figures).
• A farmer may claim the annual payments only in respect of the land located in the region to which the entitlements relate.
• The exchange rate used to convert euros to sterling for the 2015 BPS will be the average of the European Central Bank rates set over the month of September 2015.

View the full Basic Payment Facts, or read about our rural property services.