As this magazine went to print, the dust had barely settled following May’s general election, which resulted in an outright Conservative majority instead of the coalition that most pundits had forecast. 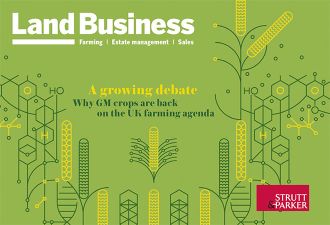 As this magazine went to print, the dust had barely settled following May’s general election, which resulted in an outright Conservative majority instead of the coalition that most pundits had forecast.

Freed from the constraints of the Liberal Democrats, Prime Minister David Cameron was able to select a wholly Tory Cabinet. At Defra, Liz Truss and George Eustice retained their posts as Secretary and Minister respectively, providing some welcome continuity. Rory Stewart – who has served as Treasurer of the All Party Parliamentary Group on Upland Farming – joins them as Parliamentary Under Secretary.

The Tory manifesto pledged a 25-year plan to ‘grow, buy and sell more British food’. All well and good. But in 2017, we are likely to have a referendum on EU membership. The question is, how will this plan be achieved if a Brexit comes to fruition and farming subsidies are lost?

North of the border, the Scottish National Party – which now has an unprecedented 56 MPs in Westminster – has an agenda that seems set to challenge landowners with its land reform proposals. On page 16, we discuss what the changing political scene means for landowners in Scotland.

Away from the election, genetically modified (GM) crops have been thrust back into the spotlight, as new EU laws mean that we could see GM crops being grown in Britain very soon. We assembled an expert panel to debate the potential and pitfalls – turn to page 24 to read more.

We hope you enjoy reading Land Business. We value your feedback, click here to tell us what you think of this issue.