Home InSPire Do our pets decide which home we buy? It’s no secret that we are a nation of animal lovers, but just how much collective influence our pets have over the homes we buy might surprise even the most enthusiastic dog or cat owner.

Who would have guessed that a fifth of pet owners believe that finding the perfect home for their pets takes precedence over being near friends and family?

This is an eye-catching finding from exclusive research commissioned by Strutt & Parker, which asked pet owners how important their pets’ needs are when choosing the location, size and even the layout of their new home.

It’s clear that pets are movers and tail shakers in the UK property market. According to Statista, there are 51 million pets in the UK, with 45% of British households owning at least one, so it’s not hard to see that accommodating pets is something that agents, housebuilders and developers should take seriously.

When it comes to location, the needs of our pets certainly seem to take precedence over other considerations. According to our survey, 52% of respondents prioritise new homes near good local walks, almost half insist on being within walking distance of a park, and 38% want to be near a vet.

While you might think that most house buyers would put shops, schools and public transport at the centre of their search, plenty of pet owners are willing to forgo convenience in order to keep Rover or Ginger happy.

For 21% of respondents, a school within walking distance is less important than finding the right home for their pet, while for 17%, having shops nearby takes second place to finding a pet-friendly property. As for public transport, 22% of people felt they could live without being within walking distance of trains or buses if it meant their pets had a happy home.

As far as house type goes, the number one priority, of course, is outside space with 79% ranking a garden at the top of the list. But some pets’ requirements dictate the need for more than a garden.

‘I’ve had three or four buyers telling me they must have paddocks for their donkeys,’ says Oliver Custance Baker, Associate Partner at Strutt & Parker’s Exeter office. ‘And one lady said she only needed a two-bedroom property but she must have an acre and a half for her two dogs. She wanted to enjoy going for walks with her dogs without leaving her own land.’

The importance of pets in the home-buying process is no surprise to Stacy Sims, Head of Strutt & Parker’s Chelsea SW10 office. ‘A dog can often be a deal breaker when it comes to purchasing a property,’ she says.

Even a multi-million-pound transaction can almost be scuppered by a pair of small fluffy dogs.

‘We were on the brink of exchange with an £8-million apartment my client was selling when the buyers disclosed they had three small dogs,’ says Stacy. ‘The apartment block had rules against pets, but through the lawyers we managed to get an agreement for one dog to be allowed to live in the apartment. The buyers refused to leave the other two behind and I thought we had lost the sale.’

The buyers even sent photos of the dogs looking cute to the building’s managing board of directors, explaining that one dog was deaf and depended on the other, but to no avail.

‘In the end, we managed to save the deal through the vendor offering £100,000 off the price so the buyer could find alternative accommodation for the dogs,’ says Stacy. ‘Apparently they rented a small apartment nearby where the dogs lived with a member of their staff.’

It seems that people really do think of their pets as members of the family – in fact, 88% of respondents to the survey said they did. So perhaps it’s not surprising that nearly half of future movers want to buy a larger property to accommodate their pets, with 52% giving their pets priority when it comes to the layout of their new home.

So how would they use the extra space? Creating a play area for pets is the most popular idea, favoured by 44% of respondents, followed by a pet sleeping area (42%) and a storage area for ‘pet stuff’ (33%).

Some owners are so concerned for their pets’ wellbeing that they are prepared to live without them if they believe it’s in the best interests of their four-legged dependents. ‘I had one vendor who knew his cat would be happier staying at the house than moving into town with him,’ says Oliver. ‘So we sold the house with the cat still in residence.’

Whether the cat was listed as a sitting tenant, we don’t know. But if our survey is anything to go by, it quickly became a much-loved member of a new family. Like us, our pets often find moving to a new home a stressful experience. How can we make sure our four-legged friends stay safe and happy for the big move? 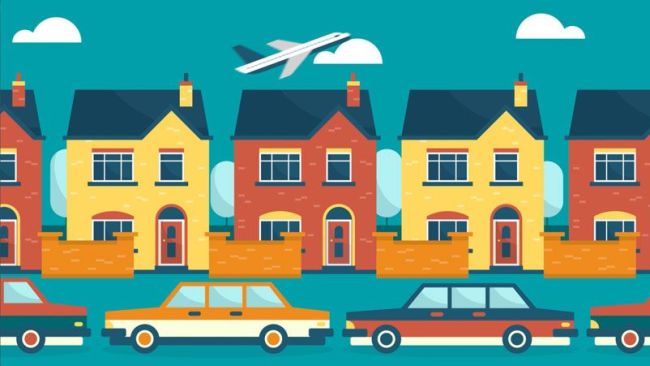