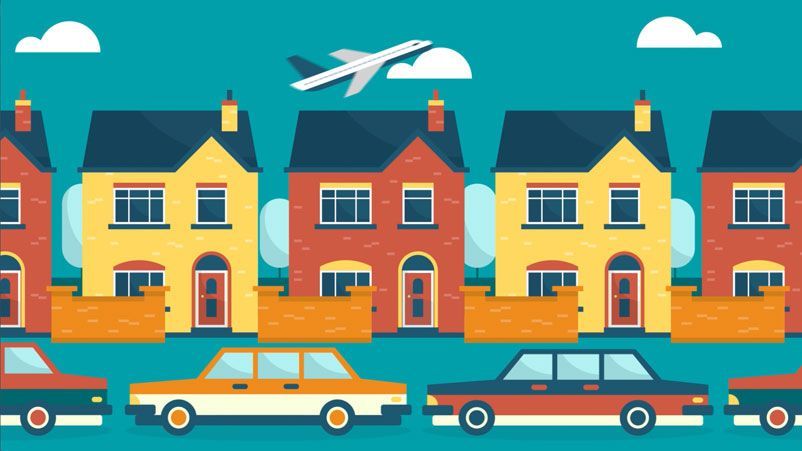 The prospect of a buyer finding a problem with a property can induce sleepless nights in house sellers. But with expert advice, there are ways of overcoming most issues and, in many instances, avoiding them completely. 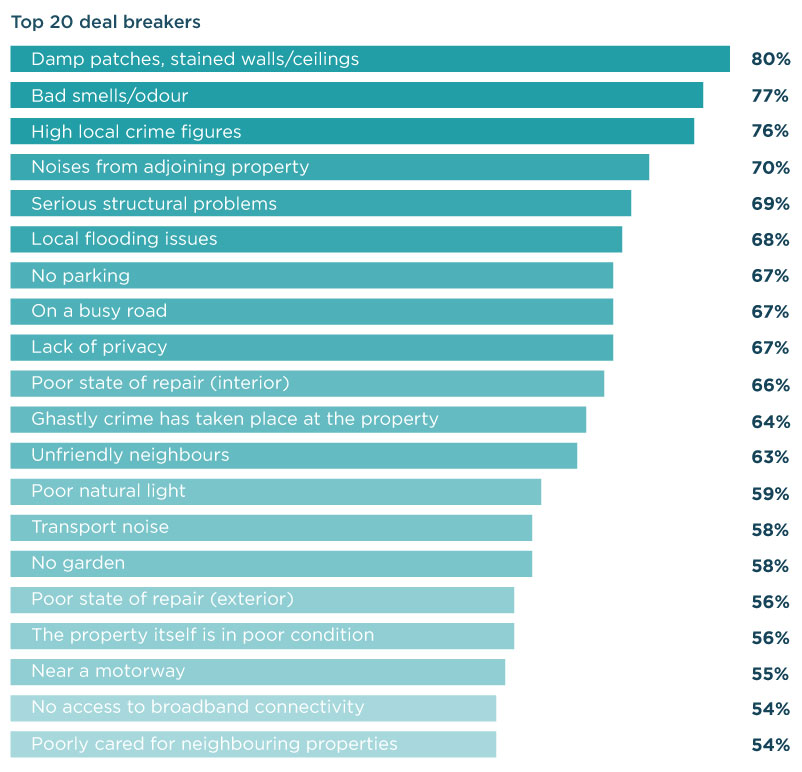 Some are familiar and perhaps easily remedied: a wet patch, or repairs requiring a mix of DIY and TLC. Others appear more intractable: if there is a nearby motorway or no broadband access, what should sellers do?

An experienced estate agent will be able to help a homeowner anticipate these issues and advise on the best course of action. The good news is that no problem is so great that it cannot be addressed.

The key advice for sellers is to deal with issues in advance so they don’t escalate into deal breakers for potential buyers.

‘Sellers should take action against low-level problems before a property is marketed, rather than only doing the work when the issue is raised by a potential buyer after a viewing,’ explains Jonathan Inglis, Head of Strutt & Parker’s Chelsea office.

‘For example, if there is noise from a road, then it’s worth considering fitting acoustic glass.’

Early action on commonly cited issues – such as damp areas (the biggest deal breaker, putting off 80% of buyers) and outstanding repairs (deterring 66% of buyers) – will mean that most deal breakers can be removed completely from the buying process.

What’s more, the remedies can, in many cases, enhance a home and consolidate its value – although it is worth bearing in mind that significant work will need to be declared on the Property Information Form.

However, some problems are beyond the control of sellers and should be factored into the asking price. Issues such as noise from neighbouring flats (a deal breaker for 77% of buyers) and an absence of a garden (58%) or parking space (67%) can particularly affect London properties.

‘These issues should never deter a seller,’ says Inglis. ‘Many buyers understand that they are aspects of urban life. If there are unusual problems, they should be expressed openly and they can be taken account of in the price.’

The same principle of dealing straightforwardly with potential problems applies to homes outside of London. Edward Church, Head of Strutt & Parker’s Canterbury office, is keen to reassure the owner of even the most challenging property that there is a buyer waiting for it.

‘Some of the houses we sell most rapidly and with competitive bids are those that require everything doing to them,’ he explains. ‘Don’t underestimate the number of people wanting a “project” and who are undeterred by having to renovate from top to bottom.’

For Edward, the key is for the property to be clearly marketed as either ready to move into or definitely needing attention – both are likely to attract buyers. It’s the properties that have one or two smaller issues that the owner hasn’t resolved that can be slower to sell.

‘A pristine house with one damp patch or just one room needing repairs is the biggest problem of all in marketing terms,’ he says. ‘Buyers cannot be bothered with these and tend to move on.’

It is possible to address even some of the more intractable issues that sometimes affect rural homes in a way that does not compromise the asking price.

For example, there are effective workarounds for rural ‘not-spots’ – areas that suffer from poor broadband speeds (a turn-off for 54% of buyers) – such as installing a satellite dish, which is a small cost within the overall price of moving house.

Sellers should also not underestimate the importance of dealing with relatively minor issues that are still considered deal breakers by buyers. These include odours from pets (a problem for 77% of buyers), which can be resolved by a thorough professional cleaning before viewings, or putting up a fence to ensure privacy (cited by 67% as an issue).

However, when it comes to dealing with more fundamental problems, Edward advises that these should be reflected in the asking price.

‘There’s no point denying to yourself or buyers if your property is affected by an issue such as motorway noise,’ he says. ‘The simplest way forward is for the property to be marketed at the right price.’

Even then, good timing can help to minimise any impact on a home’s value.

For example, in a buyers’ market, a property with a weakness – such as being located under a flightpath – may have to settle for 30% less than a comparable home elsewhere. But in a sellers’ market, when there is less choice for purchasers, the impact could only be 5%.

In these instances, it is essential to get advice from an experienced agent about current market conditions and the most appropriate time to put a property on the market.

‘The important fact to remember is that whatever its condition, your home will sell,’ says Edward.

‘Every home has a buyer, so long as the price is right. Get the best agent and expert advice, and you will succeed.’

Research based on a OnePoll survey of 2,000 UK respondents planning to buy a home in the next five years, carried out between 29 January 2017 and 7 February 2018