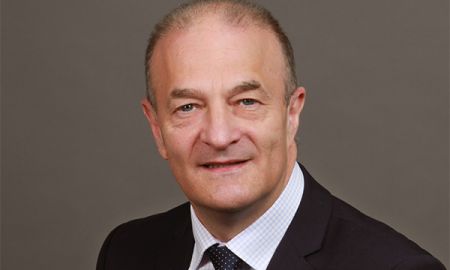 Improvements in local transport infrastructure are generally seen as a good thing, both for the economic prosperity of an area and property prices. But having great access to a train station with a quick connection into the city is very different from having a new railway, road or airport built at the end of your garden.

When it comes to transport, in the countryside at least, you want to be close, but not too close…

If you live in a large city, then any local transport improvements are likely to boost the value of your home. Research by Nationwide shows that properties 500m from a tube station carry a 10.5 per cent premium compared to those a kilometre further away. That translates to an extra £54,021 above the average London property price.

London is the most extreme example, but the trend is reflected in other large cities. Glasgow has the largest network of suburban rail lines outside of London, and properties 500m from a station attract a 6 per cent premium compared to those further away. In Manchester, this drops to 4.6 per cent.

In 2016, Transport for London commissioned research to look at whether major public transport investment projects had resulted in a significant uplift in surrounding land values. The research attributed an average uplift of residential values of more than 50 per cent as a result of the Jubilee line extension, over 20 per cent from the DLR extension to Woolwich, and a more modest uplift from the North London line.

More recently, we’ve seen the impact of the “Crossrail effect” on London house prices. Property prices around the 41 stations on the Elizabeth line (Crossrail 1) are projected to increase by 25 per cent more than the average price in central London, with a 20 per cent increase in the suburbs.

Mark Davies, Director at Strutt & Parker Chelmsford, has seen the positive effects in Essex. He says, “House prices have seen significant increases within the last few years with the ease of commuting being a major factor. Shenfield and the surrounding villages in particular are set to benefit from quicker journey times.”

“Crossrail will establish a direct corridor between the West and the East. Commuters who might have dismissed Essex as being too far East, are now open to the fact that you can commute from Shenfield to the West End in under an hour. By using Crossrail instead of the jubilee line, the commute from Stratford to the West End is made significantly quicker. It will make home counties to within a twenty five minute commute of Shenfield far more appealing.”

A the other end of the Elizabeth line, Emma Smith, Director at Strutt & Parker Ascot, says Berkshire has been experiencing the “Crossrail factor” for quite some time now. Maidenhead is one of the key areas set to benefit. Emma says, “We predict housing demand here to increase by around 15% over the next 12 months. Four bedroom, semi-detached family homes can be purchased from upwards of £600,000, although we predict a potential increase of up to 5% on property values before 2019.”

The north-south Crossrail 2 route was announced in 2013 and had an immediate impact on the property market, with rents in 13 of the 15 local authorities affected rising by up to 21.5 per cent. But being an early investor is a risk: the delays to the project announced last year coincided with rents dropping in many of these areas.

The impact of Thameslink on commuter towns and villages

It’s not just new transport projects that can affect house prices and saleability. Recent changes to the timetables of the Thameslink service which runs from Bedford, through London, to Brighton, have caused huge controversy.

The new timetable is intended to boost capacity at peak times and many areas are set to benefit from the changes: East Croydon now has four times as many services into central London during peak hours, and Brighton has 15 trains into London Bridge, compared to the previous 5.

The extension to the Thameslink network will also help many towns and villages in the home counties become more viable locations for London commuters. Many Maidstone residents currently drive to Ebbsfleet to commute into the city, but from next year, direct trains to London Bridge will run all day and take about 52 minutes. West Malling, Borough Green, Otford and Swanley are also thought to benefit from the new service.

But not everyone has been forward to the changes. Residents in Royston in Hertfordshire are concerned that the new timetable means less frequent and slower trains with fewer seats. And while St Albans is gaining more fast trains, nearby Harpenden will see a net loss of two fast trains during the morning rush hour.

Losing the tranquillity of rural life

But while transport improvements are beneficial to an area as a whole, especially commuters, every benefit can have a cost. Those wanting to maintain the rural idyll or concerned with environmental impacts can view the construction of a new railway line or main road negatively.

Noise pollution can be a turn-off for buyers, and while many people consider transport noise to be a lesser issue than rowdy neighbours, few people want a high-speed railway or motorway in their backyard.

A 2008 report from Transport for Quality of Life, looked at the impact of a range of road construction projects on local residents. They found that a lot of the time, the distance at which traffic noise caused a disturbance for residents was much greater than assumed in project assessments.

Anyone who’s driven across the M62 will be familiar with Stott Hall, the farmhouse in the middle of the motorway that many people believe still exists as a testament to the stubbornness of a Yorkshire farmer. (A documentary put the myth to rest by revealing that the carriageway was divided due to a geological fault, not because of the owner’s refusal to move.)

The trouble with big transport projects is that house prices can be affected long before route plans and funding are confirmed. And while the government will compensate homeowners for loss of value due to environmental impacts of large transport projects, cases are considered individually and, unless you are very close to the proposed route, there’s no automatic entitlement.

Homeowners near to the proposed HS2 route have already encountered difficulties in selling their properties due to concern from buyers over the impact of the high-speed rail line, seven years before the start of construction. And you can’t even keep quiet about it, as even if the buyer hasn’t done their research, transport proposals show up in local searches.

One solution to both make life more pleasant and help sell your property is to install double or triple glazing. A tall, dense fence or wall will be the most effective sound barrier for your garden, but a barrier of tall trees or shrubs will also help reduce noise and air pollution as well as reducing any visual impact. And on the plus side, when you come to sell, the positives of easy access to good transport infrastructure may sway buyers toward your home, not away from it.