Whilst economic and political uncertainty remains both nationally and globally, the fundamentals of the UK economy remain broadly positive, with sentiment continuing to be cautious. 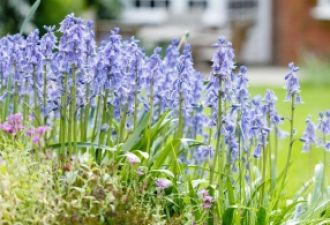 Brexit continues to be a major source of uncertainty within British politics. The European Union (EU) and the UK have agreed a further delay to Brexit until 31st October 2019. The results of this is feeding through into a cautious and unknown economic outlook from most commentators and sentiment surveys are negative. That said, the economy continues to deliver growth, employment is strong and inflation is in-line with expectations.

The National Institute for Economic and Social Research estimates that the UK economy grew by 0.4% during the first quarter of 2019, slightly higher than the growth rate achieved in Q4 2018 (0.3%). The HM Treasury is predicting that the UK economy will grow by 1.3% in 2019, with forecasts ranging from 0.7% to 1.9%. For 2020 the economy is predicted to grow at a slightly faster rate of 1.6%, with forecasts ranging from between 0.9% and 2.2%. All are more positive than the predictions of two years ago, despite the Brexit delays.

The British Chamber of Commerce (BCC) is predicting a slightly lower growth of 1.2% for 2019 and for 2020 they have lowered their forecast from 1.5% to 1.3%. For 2021 they are predicting a growth of 1.4%. The BCC claims a disorderly departure from the EU is the key to the UK’s economic outlook as it would likely weaken the UK’s short-term growth and productivity.

The ICAEW measures business confidence on a scale of -100 to +100 (+100 being extremely confident, 0 being neutral, -100 being extremely negative). In Q4 2018, the UK scored -12, the lowest since the financial crisis. This has fallen further to -16 this quarter. ICAEW note that this reduction is down to economic and political factors, not least Brexit. Other identified economic factors include slowdowns in several EU economies and China, and reported problems in the domestic retail sector.