Scottish house prices continued to rise in Q2, increasing 2.6% compared to the first quarter of 2019. However, an ongoing decrease in new property listings as a result of prolonged uncertainty is restricting availability and continuing to affect supply levels and transaction activity. 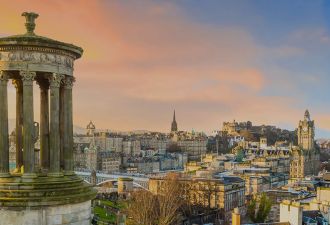 Scotland’s GDP grew 1.5% in the first quarter of 2019 however there is concern over the impact of a no-deal Brexit particularly in relation to trade and migration. Business sentiment and consumer confidence remain weak and although Scottish GDP grew by 0.6% in real terms during Q1 2019, the best quarterly performance in Scotland since the start of 2017, this is thought to be a consequence of companies stockpiling and beginning to implement contingency plans for a no-deal Brexit.

In the three months to May, unemployment in Scotland fell by 1,000 to 92,000 according to ONS. The unemployment rate of 3.3% was below the UK figure of 3.8%. Tight labour supply has led to skills shortages in some employment sectors. Recently published data from RBS showed an increase in short-term temporary employment in July 2019. It is likely that this trend will continue as doubt weighs on business decisions.

The Scottish Consumer Sentiment Indicator remained negative at -6.1 in Q2 2019 however expectations for economic performance and household finances over the next 12 months improved after four consecutive quarters of weakening sentiment. Overall economic performance is still expected to decline over coming year. Recently published data from the Bank of Scotland Business Barometer saw sentiment across Scottish companies drop by 17 points to reach zero last month.