Home InSPire Where are the best places to live in Norwich? 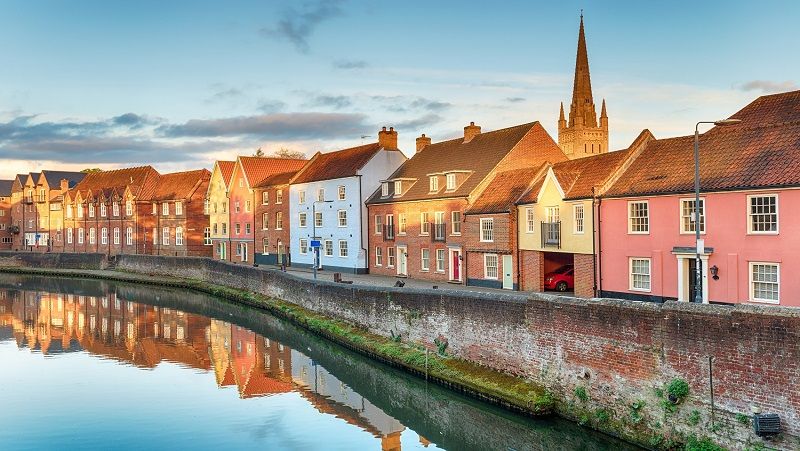 Where are the best places to live in Norwich?

Norwich is a beautiful cathedral city with picturesque landscapes and distinctive architecture. Situated in the county of Norfolk, which borders Lincolnshire, Cambridgeshire and Suffolk, Norwich is one of the prettiest historic cities in the UK and boasts plenty of attractions.

While famously known for its sense of peace and quiet, the city has many school and property options, transport links and other amenities, making it a highly desirable place to live for families.

The area was once known as England’s second city because of its rich Medieval history and culture. In fact, the city of Norwich has the largest intact Medieval Street pattern in Europe and is home to the cobbled Norwich Lanes. Known as the City of Stories and considered a modern historic destination, Norwich is a popular choice for city breaks in the UK.

Always bustling with visitors and locals, the city is home to plenty of independent businesses, has a thriving food scene and loads of green space. The scenery alone is worth making Norwich your home, while vast stretches of beaches, forests, and countryside trails are accessible across the county.

Whether you’re a lover of nature and wildlife or even a little wining and dining – there’s a little something for everyone without the hustle and bustle.

Best places to live in Norwich

Discover three of the best places to live in Norfolk, and discover more reasons why property is in demand in this beautiful area with our Norfolk area guide.

Norwich City Centre: A young, creative and vibrant crowd live, work and play in Norwich City Centre, which is known for its entertainment, art and lifestyle culture. The high street is brimming with independent shops, especially along the Lanes, and locals enjoy pop-ups and events throughout the year. There’s also the iconic outdoor market, one of the largest and oldest in the county.

The Golden Triangle: This property hotspot, known by locals as the Golden Triangle, starts at the city centre and spreads west and south west to Unthank and Earlham road. Widely considered Norwich’s version of London’s Notting Hill, the tree-lined streets and wide range of amenities in the Golden Triangle make it a popular destination for families, while properties range from modern flats to beautiful Victorian terraces. Living here puts you at the heart of Norwich, with access to everything the city has to offer.

Eaton: This part of the city has a distinct village feel to it, making it a desirable place to live in Norwich for families. You’ll find Eaton Parl brimming with activity when the sun is out, with locals enjoying the boating lake and sports facilities. Marston Marsh is also close by. This local Nature Reserve is one of eight in the city and sits on the northern side of the River Yare. You’ll find a great mix of properties in Eaton, from apartments to terraced homes. 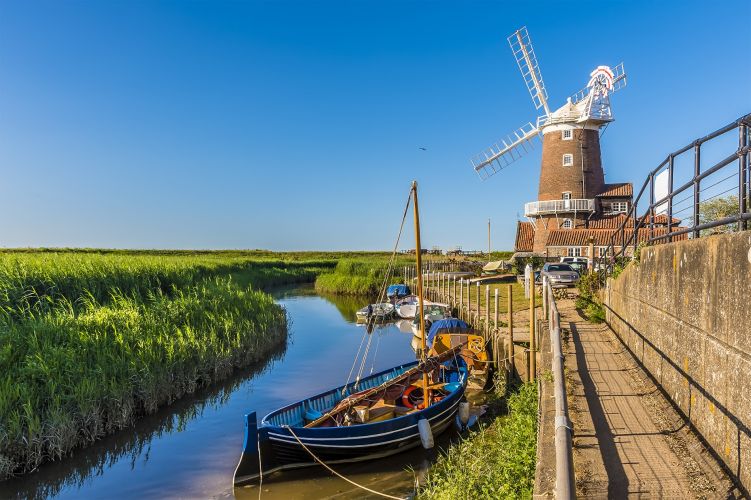 Other Norfolk areas to consider

Holt: Heavily influenced by Georgian history, the town of Holt is in the countryside of north Norfolk and is known for its renowned independent shops and eateries. For those who enjoy a spot of bird watching or becoming one with nature- Holt is just 10 minutes away from the North Norfolk Heritage coast- which is well known amongst the locals for sailing, walking, and birdwatching.

Wymondham: Wymondham is perfect for admirers of the arts and history. The small town, situated in the South of Norwich, is home to mesmerising landscapes of the Tiffey Valley and the Wymondham Abbey, which dates from 1107. Meanwhile, the Wymondham Arts Centre, situated in the Becket’s Chapel, regularly hosts exhibitions for artists and media producers from TV shows such as Dad’s Army.

Diss: Diss is a market town in the south of Norfolk- on the border of Suffolk -and is surrounded by beautiful countryside and lake views. The architecture is influenced by several historic buildings, which include a 14th-century parish church. Local bars and restaurants get top reviews from locals and holidaymakers alike – even more reasons why Diss is one of the best places to live in Norfolk. Whether you’re planning to carve a work of art or simply turn it into a warming soup, we’ve picked five of our favourite pumpkin patches across the UK (and, because we’re an estate agency, five wonderful homes to go with them!).

According to our latest Housing Futures survey, 18% of home movers said they would like to move to the coast in the next five years. With this in mind, we’ve picked five properties by the coast for under £1m.