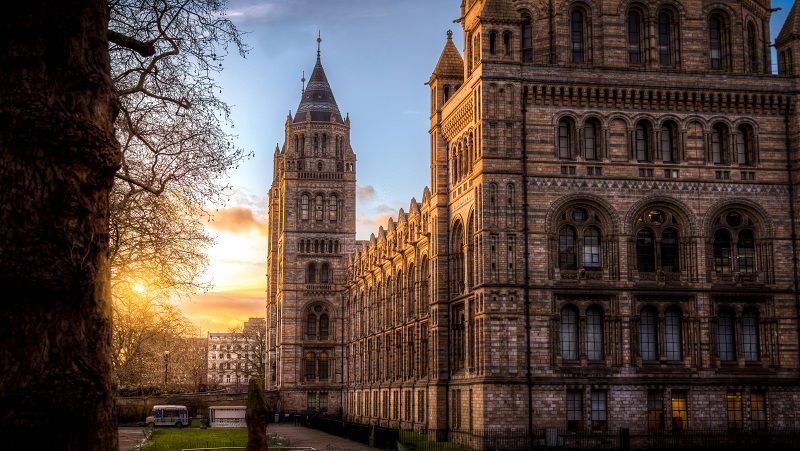 Affectionately known as 'South Ken', South Kensington is home to some of the world's most famous and prestigious museums, as well as a lovely collection of garden squares and elegant stucco terraces. The area was the hub of the Great Exhibition of 1851: it is estimated that a third of the British population visited the “spectacle of industry and progress”. 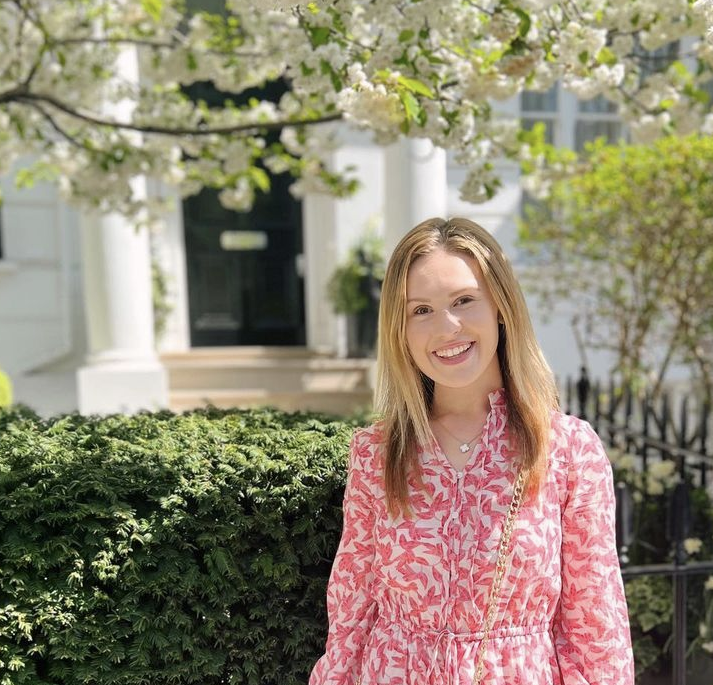 Also known for its restaurants, the area has an eclectic dining scene, with everything from Japanese to European restaurants, and unfussy chain eateries. Rosie Carter shares her favourite places in this popular London borough.

The Royal Albert Hall: Queen Victori opened the Royal Albert Hall in 1871 as a tribute to her late husband, Prince Albert, for his instrumental role in promoting the ‘understanding and appreciation’ of the Arts and Sciences in the heart of South Kensington. On 20th May 1867, she laid the foundation stone (using a specially-made trowel) under which was a glass ‘time-capsule’ containing an inscription and a collection of gold and silver coins. The Royal Albert Hall now hosts events throughout the year, including classical and pop concerts), the world-famous annual Proms, ballet, circus performances, boxing and tennis matches.

Kynance Mews – Marked by a small stone archway at the entrance, the homes found in cobbled Kynance Mews typify London’s mews houses. As with most mews streets, it was originally built as “stables with housing” for wealthy elite families. However, Kynance Mews was unscathed after the Blitz of World War II, and these homes are now some of the most popular properties in the city. The houses have wonderfully bright front doors, with wisteria in late spring and Virginia creeper in the autumn, both of which add to the colour. Open space is only a 10 minute walk away in Hyde Park – or there is the glorious lavender garden by the Church at the mews’ end.

Aux Merveilleux de Fred Bakery – Authentic warm choc chip brioche: the perfect way to start the day. This bakery has branches in Paris, Nantes, Berlin, Geneva, New York – and South Ken! Fred himself is a skilled pastry chef from Northern France. Not only is it a hub for perfect authentic French pastries, but has the feel of a Parisian ‘salon’ with comfy chairs around small tables. Merveilleux themselves are light meringue and cream concoctions with a fascinating ‘high society’ history. Not only can you enjoy them in this little slice of France, but you can watch them being created in front of you.

Exhibition Road – well known to families across the UK, this stretch of road is a hub of museums - housing the V&A, Science Museum, Natural History Museum, Royal Geographical Society, Polish Institute and Sikorski Museum, as well as Imperial College and other seats of learning. The road was named after The Great Exhibition of 1851, held just inside Hyde Park at the northern end of the road. In June 2022, the road and surrounding area is being transformed into a huge festival with creative workshops, talks, performances and interactive events – a lovely nod back to 1851.

Onslow Square and Gardens – one of the area’s most picturesque private garden squares, the stuccoed houses were built between 1845 and 1865, and have had some famous cultural inhabitants, including Lewis Carroll, Edwin Lutyens and William Makepeace Thackeray. At their conception in the early 17th century, garden squares were “a private communal amenity for the residents of the overlooking houses akin to a garden courtyard within a palace or community”. Onslow Gardens is actually made up of two formal gardens, one with a tennis court, and otherwise lawned with fabulous trees.

The V&A Museum - the world’s leading museum of art and design, the V&A houses a permanent collection of over 2.3 million objects spanning 5,000 years. Holding many of the UK's national collections, it features architecture, furniture, fashion, textiles, photography, sculpture, painting, jewellery, glass, ceramics and much more. The museum evolved following its opening as part of the Great Exhibition in 1851. Henry Cole, the V&A's first Director and one of the drivers of the Great Exhibition transformed the museum into a permanent fixture post-exhibition, declaring that it should be a "schoolroom for everyone”, with the buildings themselves showcasing the best of contemporary architecture and design. 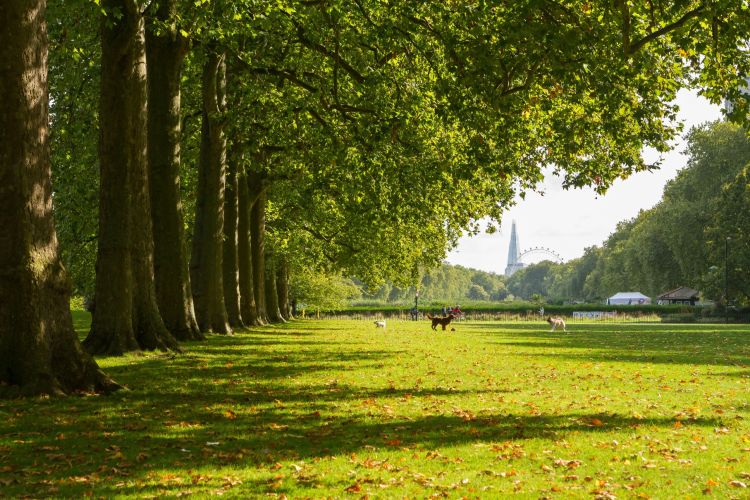 Queens Gate, Hyde Park – Queen Elizabeth Gate is also known as Queen Mother’s Gate. These highly decorated gates were installed to commemorate the 90th birthday of Queen Elizabeth, The Queen Mother. Funded by public subscription, they were unveiled by The Queen in 1993. Made of stainless steel and bronze, the gates, railings and lights were designed and made by Giusseppe Lund, with a Lion and Unicorn by sculptor David Wynne acting as the centrepiece. The Queen Mother’s love of cottage garden flowers is represented in the main design – and many of the elements in the structure even move when touched. Until they were confiscated by Henry VIII in 1536, the park grounds were part of Westminster Abbey, before opening to the public in the 17th century. Over 350 acres in size, Hyde Park is the largest park in the centre of London.

The Anglesey Arms – even though it isn’t technically ‘central London’, it is often voted as one of London’s favourite central pubs. Favoured at various times by both Charles Dickens and DH Lawrence, this popular pub is on Selwood Terrace – with the site originally being a market garden and nursery dating back to around 1712. To add to both the history and mystery, it is rumoured that the Great Train Robbery was planned here! A beautiful traditional pub with a great reputation for its excellent food and drink, it is equally popular in allowing canine friends into the pub.

Coleherne Court – Lady Diana Spencer went from a being a teenager sharing a flat with friends, to a face recognised around the world when she married Prince Charles in 1981. Before stepping into the global spotlight, she lived in a London mansion block with three friends. Coleherne Court became, for a time, the most famous address in Britain – now marked by an English Heritage blue plaque. Still a popular address, the flat shares large communal private gardens with the other residents. 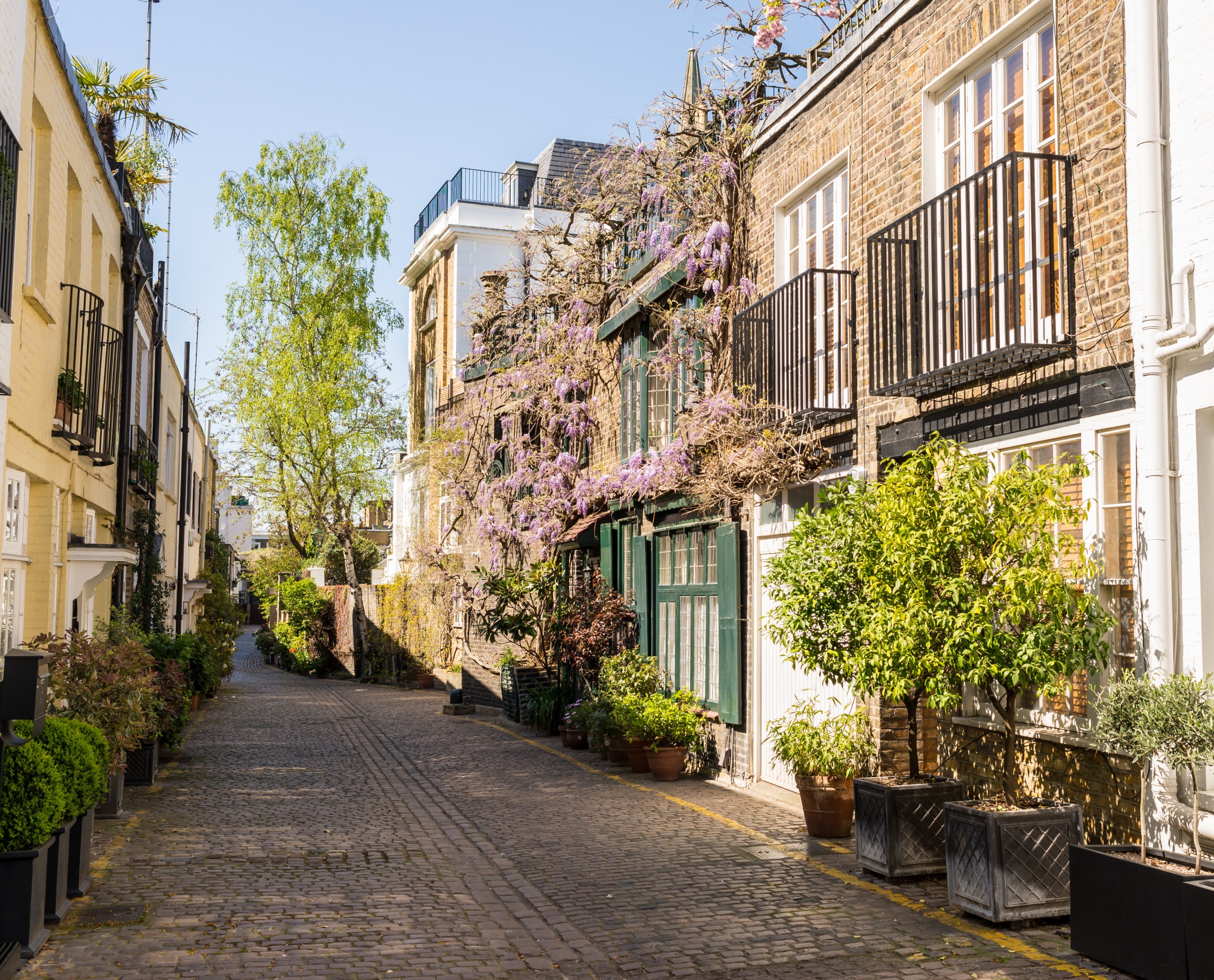 The Natural History Museum – an eternally popular destination, the Natural History Museum is home to a vast range of specimens comprising some 80 million items, with five main collections: botany, entomology, mineralogy, palaeontology and zoology. Many of the collections have historical as well as scientific value, including specimens collected by Charles Darwin. The museum is particularly famous for its exhibition of dinosaur skeletons - the large Diplodocus dominated the main hall before it was replaced in 2017 with the skeleton of a blue whale hanging from the ceiling. The new Darwin Centre was designed as a home for the museum's collection of tens of millions of preserved specimens, including an 8.62-metre-long giant squid, affectionately named Archie, and a multimedia space – The Attenborough Studio. The museum also keeps a wildlife garden on its west lawn, on which a potentially new species of insect has been discovered.

Period property restoration – where do I start?

Are you dreaming of a restoration project? We sat down with the award-winning Stonewood Builders for advice on where to begin. 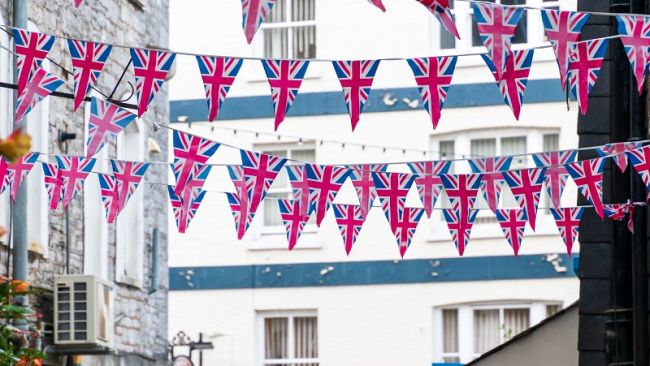 If planning to host a party for Her Majesty, look no further than these homes to provide the perfect setting