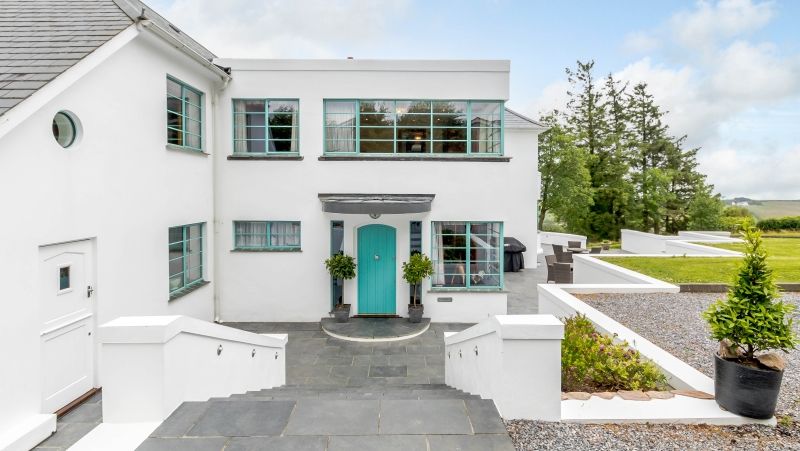 There are a number of influencing factors at play when it comes to the changing architectural trends of 20th century Britain. While religion and culture inspired shifts in the aesthetic; new technologies also changed the way homes were built and the materials available.

Geography was another impactful dynamic, with the industrial revolution causing huge shifts in the type of homeowner living in and outside the city. We can’t forget either that over the course of the century our country survived not one, but two world wars, destroying hundreds of thousands of homes and accelerating the need for new housing.

From Art Deco abodes to brutalist tower blocks, the trends that influence the designs of our homes tell a fascinating story. Travel back in time with Strutt & Parker, and discover the tell-tale features that can tell the true history of your home.

The Edwardian era gave rise to the middle classes and homebuyers with a taste for larger properties. Newly-formed suburbs were filled with bigger plots of land than those used for Victorian homes and families could enjoy the luxury of private outdoor space with both front and back gardens.

Gone was the clutter and rich colours of the 19th century as people looked to make their homes less formal. The soot and smog of coal and burning timber made way for gas and eventually electricity, meanwhile carpets were removed and replaced with polished floors and elegant ceramic tiles for cleaner living spaces. The changes were a breath of fresh air and gave house-proud Edwardians the chance to move lighter and brighter furnishings into the home.

Stuffy interiors may have become a thing of the past, but the Edwardians still enjoyed ornate features. The most quintessential being the ceiling rose, a highly decorated circular shape found above gas lights and designed to carry smoke away from the pastel covered walls through a series of small holes.

If your home features parquet floors, wide hallways, or a cast iron fireplace surrounded by colourful tiles, these could be a giveaway that your home was built during King Edward VII’s reign. From the outside, the homes used red bricks and porches with wooden frames, with mock Tudor cladding often completing the look.

The interwar years were a time of great contrast – the Roaring Twenties being a flamboyant age which ended with the Housing Act of 1930, a government initiative highlighting squalid living conditions in major cities. It’s not difficult to see how both things impacted British architecture at this time.

Between 1918 and 1939 the most fashionable homes took inspiration from the Art Deco movement. Howard Carter excavated Tutankhamun’s tomb in 1922 and a fascination with the ancient civilisation lead to Egyptian motifs appearing in grand public buildings and the most bohemian of homes. Rich colours were coupled with lavish ornaments to create an era-defining look. As cinemas sprung up in virtually every town and suburb, the golden age of Hollywood heavily influenced housing trends.

Meanwhile, advances in concrete and steel allowed architects to experiment with form. Bold geometric shapes rejected traditional design ideas and streamlined the home to let in more light. Flat roofs, steel casement windows and walls of glass blocks are a big giveaway that a home was built or designed during the interwar years. Perhaps your home features curved corner walls, zigzags or other stylised motifs typical of the time.

After the First World War, swathes of land became available for housing thanks to agricultural depression and aristocratic families carving up estates. The expansion of railways, new tram lines and the growing tube network allowed commuters to travel further into work and paved the way for the suburban dream. Metro-land was one such example, a cluster of suburbs to the north-west of London where the 1930s-semi reigned supreme.

The half-timbered homes featured herringbone brickwork, diamond-shaped leaded pane windows and were finished with a half-timbered façade, a retro-inspired look christened ‘Tudorbethan’. The buildings were a natural evolution of Edwardian homes but only smaller, something made possible thanks to advances in space-efficient utilities.

The post-war and modernist home

After years of bomb damage, 1950s’ homebuilders concentrated on building properties ‘en masse’ and fast. Prefabricated homes may have been in decline, but simple styles remained, as bay windows were resigned to the past and buildings resembled simple box shapes, including their flat roofs.

Despite the simple aesthetic of the time, some architects were starting to develop a taste for something completely new. By 1951, British Modernism had arrived with the unveiling of the Royal Festival Hall on London’s South Bank. The reinforced concrete and clean lines became a precursor for some of the more ambitious housing projects that followed in the 1960s and 1970s.

While astronauts headed for the moon, architects set their sights on the skies and several tower blocks sprung up across the country and often at the expense of quality. However, the trend did include housing successes; brutalist icons such as London’s Trellick Tower (built in 1972) and the Barbican Estate (1974), built on 1950s ideals of car-free three-dimensional living, were both honoured in the Twentieth Century Society’s list celebrating 100 years of brilliant buildings.

By the 1970s, the box-shaped homes of the 1950s embraced open plan living. Central heating grew ever more popular and chimneys became less common, as flat roofs remained. Increased car ownership meant that garages had become a staple of new build homes and were added to neatly packaged terraces. Designers offset the practical appearance of the homes by adding traditional hanging tiles and weatherboarding to appeal to more traditional tastes.

The post-modern and 1990s home

By the 1990s, the tower blocks of the 1960s and 1970s had earned a reputation for antisocial behaviour and the bold designs of the previous decade began to appear garish. Traditional design ideas became more popular and features such as timber framing, rendered walls and nods to rural life won over homebuyers. Rather than arranging homes across rows of terraces, new builds were scattered and staggered to resemble villages in an increasingly urbanised Britain.

Building standards also improved as designers and builders paid greater attention to the environmental impact of their work. Regulations meant that walls were built with thicker cavities so more insulation could be installed, and the first solar panel roofs were installed on residential properties. The shift towards more ethical design ideas and building methods continues to this day.

Keen to make your period property more environmentally friendly? Our helpful guide could help you make the changes you need to lower your carbon footprint without impacting the character of your home. 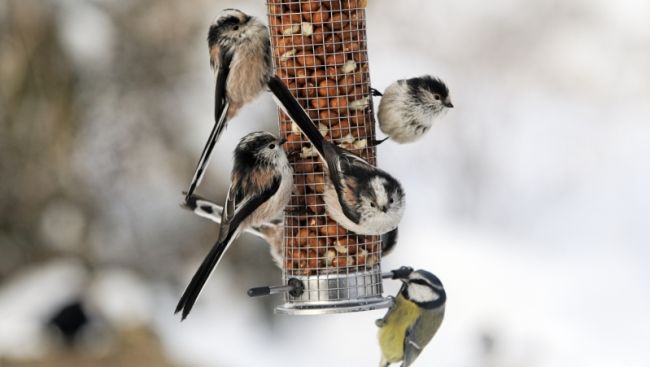 The period between the leaves falling from the trees and the first snowdrops appearing can show gardens with a different type of beauty. 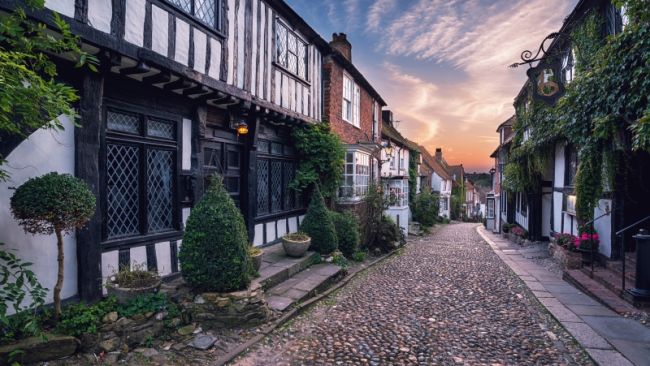 How to discover the history behind the bricks

Are there stories hidden in your walls? Whether your home is a Georgian townhouse or a Tudor cottage, Stutt & Parker reveals the best way to uncover its hidden past.