Christmas throughout the ages: how our festive interiors have changed with the times

Q4 2019
Home Knowledge and Research Christmas throughout the ages: how our festive interiors have changed with the times

The decoration of home interiors is an integral part of making Christmas feel festive, and it always has been. Whilst many of today’s Christmas traditions can be traced back through time, there are those that have been left behind, or else transformed into something new. Learn more about how interior decorations have changed throughout the history of the holidays. 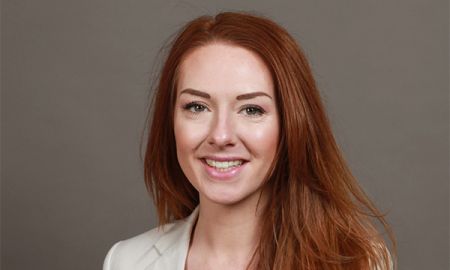 The Christmas season is upon us; a time to consider the past and the influences that have led to our current celebrations. To welcome the holidays, learn more about how festive interiors have changed over the centuries.

In the Georgian era, there were no sparkling lights or modern Christmas trees. Instead, it was the fireplace that was the centrepiece of a family Christmas. On Christmas Eve, a Yule log or a tree was chosen by the family and wrapped in hazel twigs before being burned on the fire.

Originally from Scandinavia and northern Europe, this important Christmas tradition was thought to bring good luck in the coming year to all those who lent a hand in pulling it back to the fire.

Once lit, the fire was kept burning throughout the twelve days of Christmas, and a piece of the Yule log was kept for the next year to continue the luck for the next 12 months.
When it came to Christmas decorations, a Georgian home was to be filled with fragrant greenery – though never before Christmas Eve, which was thought to bring bad luck. Sprigs of holly, branches of fir and other evergreens were brought into the home,lining staircases and mantlepieces. By the late 18 th Century, kissing boughs of mistletoe were a popular addition to the Christmas home, decorated with sticks of cinnamon, star anise, apples, oranges and ribbons, infusing the air with Christmas scents.
On January 6 th , the Twelfth Night, the last of the Christmas festivities would end in taking down the greenery and burning it,to avoid bad luck in the new year.

Christmas with the Victorians

The Victorian era gave birth to perhaps the most iconic of Christmas decorations. The Christmas tree was first brought to England by Prince Albert, Queen Victoria’s husband. Born in Germany, where decorating evergreen trees with candles, sweets and fruit was already an established Christmas tradition, Prince Albert introduced a Christmas tree to the palace in 1848, sparking a tradition that spread quickly throughout the country in following years.
The tradition of evergreens continued in the rest of the house; however, the art of decorating with non-natural ornaments eventually proved far more important to the Victorians. For the first time, natural decorations such as fruit and nuts were joined by glass baubles, ribbons and an angel, to sit atop the tree.
Father Christmas also made his first appearance in the Victorian era, commercialising the holiday and seeing the introduction of stockings hung over the fireplace and presents under the tree.

Christmas in the Edwardian era

The Edwardians continued earlier traditions of bringing greenery into homes, with holly, ivy, yew, laurel and mistletoe adorning porchways and staircases and creating rich, evergreen centrepieces for festive dining. Paper chains, ribbons and candles also held their place in the Edwardian home, while the Christmas tree, now firmly establishedin British festivities, took up the mantle on Christmas Eve, decorated with paper and glass ornaments, along with toys, sweets and ribbons.
The greatest addition to the Edwardian festive interior was lighting. With electricity now far more common than in any era that had come before, the Edwardians enjoyed the first modern Christmas illuminations with garlands of lamps festooning their homes.

While evergreen foliage might take a lesser part in our festivities today in the interest of sustainability, many traditions such as glass decorations, stockings over the fireplace and Christmas lights all continue to thrive in our modern-day celebrations.
The Christmas tree, whilst still present in many of our homes, may now appear in various forms, with artificial or alternative trees, such as wooden hanging trees, becoming increasingly popular as a more cost-effective and energy-efficient alternative to the traditional Christmas centrepiece.
Lights are another important part of our decorations today, and not just inside. The American tradition of decorating the outside of our homes with flashing lights and ornaments has experienced a modest success in British homes, with many enjoying bringing a little festive cheer to the front of their properties with outdoor lights and decorated garden trees.

A celebration for one and all

No matter the style of celebration – ultra-modern or a vintage delight – the traditions of Christmas can bring warmth and light to all.
Discover our pick of properties that have played host to many Christmas celebrations over the year:

How to locally source your Christmas dinner