Home InSPire How we name our towns and villages 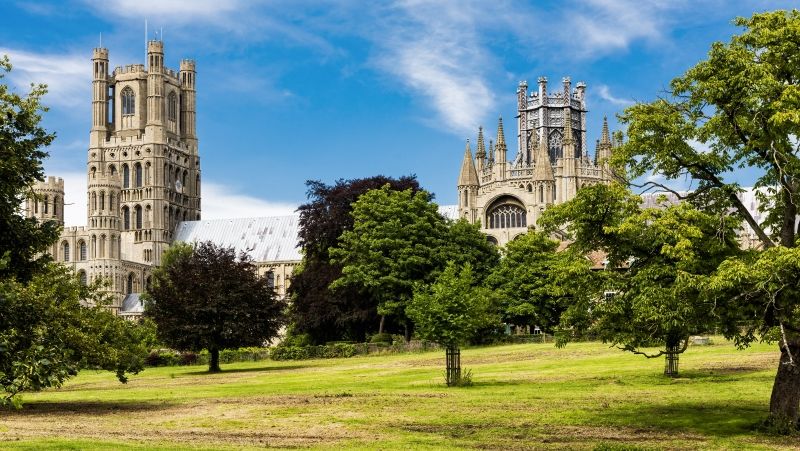 How we name our towns and villages

Well, according to Shakespeare’s Juliet, not much. The love-struck Capulet suggests that a rose would smell just as sweet by any other name. But could the same logic apply to our villages and towns?

Having now earned their place in modern geography, it’s difficult to imagine Pity Me, Westward Ho! or Elephant & Castle referenced on a map in any other way. And yet, when you stop to think about it, these are hardly the most usual of place names. Here, we look at fascinating stories behind the way we name our towns, and what they reveal about the local landscape and the people who live there.

How nature shaped our place names

Some of the oldest place names in the UK simply describe the environment around them and the earliest surviving examples were given to our waterways. Avon for example, literally translates from the Celtic for ‘river’ and sounds close to the Welsh equivalent, ‘afon.’

Similarly, the Tamar and Thames are derived from the Celtic for ‘dark’ or ‘dark flowing’ and the names were probably used by early tribes to describe the appearance of the impressive bodies of water.

Hills are another geographical feature used in place names. If you think of a village or town ending in ‘don’ or ‘mond,’ for example, you may find that part, or all of the area, is built on high ground. If so, it may have been named by the Celts, who used ‘don’ to refer to a hill or the Normans who used ‘monte’ to mean the same thing. Wimbledon is a perfect example, but perhaps not Murray Mound.

Common suffixes can reveal much more than a hill or a waterway and describe a landscape in greater detail. Variations of ‘dale,’ ‘dean,’ ‘combe,’ and ‘slade’ are used to refer to valleys but often in different ways. While ‘combe’ (Addiscombe and Wycombe) refers to a small valley where water does not run, a ‘dene’ (Jesmond Dene and Crimdon Dene) is usually a steep and heavily wooded.

Hop – another Old English name for a valley, but one that is small and running off a larger one – appears in one of the more unusual place names of them all. Hopton Wafers in Shropshire is a village found on a small side valley and built on the site of a farm or ‘tun.’ Finally, Wafer is believed to come from an early Lord of the Manor, Robert de Wafre.

The people and man-made sites that left their mark

Talking of Lords of the manor, many of our place names are inspired by the people and characters who lived there, or who owned the land.

According to English Heritage, the West Midlands is filled with eponymous place names. Birmingham was founded by a man called Beorma, the leader of the Anglo-Saxon tribe the Beormingas, while Wolverhampton takes its name from the noble woman Wulfruna of the same period. Dudley, in comparison, was founded by a man called Dudda, an Old English name for a rotund or heavily built man and paired with ‘leah,’ a wood or clearing to describe the Black Country surroundings.

Names that combine people and their landscape can be seen throughout the UK. Papay, one of the major Orkney Islands, literally translates to ‘Island of the Priests.’ ‘Ay’ derives from the Old Norse for island, while ‘papar’ referred to the monks who arrived on the archipelago around 800AD.

Religion also played an important role in naming our towns and villages. ‘Stou,’ the Middle English for a sacred site or religious building, may be spelt slightly differently today but can still be seen in Chepstowe, Felixstowe and Padstow, the latter being home to a 6th-century monastery. Communities for clergymen were also given their own label by the Anglo Saxons: ‘minster,’ as in Westminster, Kidderminster, Axminster and Leominster, all of which have been homes to abbeys or monasteries during medieval times.

The locations of churches and temples have also been significant. Harrow, in Greater London, is derived from ‘hearg,’ meaning a heathen temple; Wye, in Kent, comes from ‘weoh,’ meaning a shrine; and of course, there’s no prize for guessing how Christchurch in Dorset got its name.

Then, of course, there are pubs and inns, which have given us some of the most intriguing place names of all. London’s Elephant & Castle owes its name to a long-gone tavern in the area that was popular with knife makers. The Worshipful Company of Cutlers employed many of the pub’s patrons who relied on ivory for the handles of expensive knives and swords. The Elephant and Castle motif was lifted from the ancient livery company’s coat of arms and the rest is history.

The influence of invaders

It may come as a surprise to some that England, or the ‘Land of the Angels,’ is named after a Germanic tribe. The definition reminds us that place names in the UK are heavily linked to people beyond our borders – a trend that can be seen throughout our maps.

Take Croydon, for example. The South London town is named after the crocus flower that once covered the area, a non-native species brought to our shores by the Romans. Although the Latin name has adapted over time, it highlights our rich history with previous settlers.

The crocus plant played an important role naming a market town in Essex too. When the crusades returned from the Middle East with the purple iris, they brought its Arabic name with them. The plant proved popular in what the Saxons called the ‘Valley of the Britons’ and Saffron Walden was born.

The influence of different settlers can be seen geographically too. Celtic is more prominent in the West Country, Cornwall and Wales, where we find place names such as Frome. Welsh place names even bleed into England – Oswestry in Shropshire may be derived from the Welsh name ‘Croesoswallt.’

England’s ‘Central Belt,’ which extends through the Midlands down towards Hampshire, includes lots of Old English features in its place names, from ‘-head’ (as in Maidenhead) meaning a landing point on a river, to ‘-worth’ (as in Tamworth) meaning an enclosure, to ‘-hurst’ (as in Chislehurst) meaning a hill.

The Scottish Lowlands, North-East of England and Yorkshire, which were taken over by Viking settlers, are rich with Norse placenames, which contain syllables like ‘by’ (as in Grimsby), meaning village, or ‘kirk’ (as in Falkirk) meaning church.

Most interesting of all, is how place names have evolved under different rulers. Romans used the word ‘-castra’ for many of their settlements, a Latin word for a ‘fort’. Under the Anglo-Saxons this became ‘-caester’ (pronounced che-aster), which was further corrupted over time to become ‘-chester’, seen in Chester and Manchester, or ‘-caster,’ seen in Lancaster and Doncaster – all of which were once home to Roman military posts.

The name Biggleswade comes from a combination of the Anglo-Saxon words 'Biceil' (being a personal name) and 'Waed' (meaning a ford).

Simply refers to a boggy area filled with peat and poor soil at the bottom of a valley. The combination of words makes this village particularly well-loved.

We can thank Middle English for the feline-themed confusion here. The name actually references ‘cattes brazen,’ the rough clay mixed with stones which is common in the area.

Although the earliest settlement was probably Roman, the name Dorking comes from the Saxon 'Dorchingas.' Later, the settlement became a market town famous for five-clawed Dorking fowl, which can be seen on the coat of arms today.

The “Isle of Ely” is so called because it was only accessible by boat until the waterlogged Fens were drained in the 17th century. Still susceptible to flooding today, it was these watery surrounds that gave Ely its original name the 'Isle of Eels,' a translation of the Anglo-Saxon word 'Eilig.'

While it may sound like the Sister Town of Dull in Perth & Kinross, debates over the meaning of the Norfolk town point to other possibilities. It’s either named after: the Danish goddess Snora; Snear, the Saxon name for the town which means ‘swift’; or a corruption of the name De Snoryng, a family of landowners in the area.

Another pub-inspired place name. Lost comes from the Gaelic for ‘inn’ (taeigh osda) which has been corrupted over time. Road signs are regularly stolen from the area around the Upper Donside hamlet. Even the council’s efforts rename the town to Lost Farm have failed to curb the trend.

Rather than describing formal wear, Matching Tye is a Saxon name commemorating the tribe of Maecca or Match. Tye was often used in Middle English to refer to someone who lived by a common pasture.

Legend has it that St Cuthbert whispered the name Pity Me from his coffin on the way to his burial. Other theories suggest that Pity refers to the abundance of coal pits in the area. However, some experts believe it’s a derogatory name for the desolate landscape of the area.

The name Totnes (first recorded in AD 979) comes from the Old English personal name Totta, and ness, or headland. Before reclamation and development, the low-lying areas around this hill were largely marsh or tidal wetland, giving the hill much more the appearance of a ‘ness’ than today.

A holiday town so good they named it ‘super?’ Well, not quite. Weston-super-Mare reveals its Roman origins by mixing the Old English name ‘Weston’ (‘West Town’) with the Latin ‘super’ (meaning ‘on’) and ‘mare’ (meaning ‘sea’). So, the name actually translates to ‘West Town upon Sea.’

The only English place name to include an exclamation mark. Westward Ho! took its name from a novel published in 1855 and set in nearby Bideford as an attempt at drumming up tourism in the area. 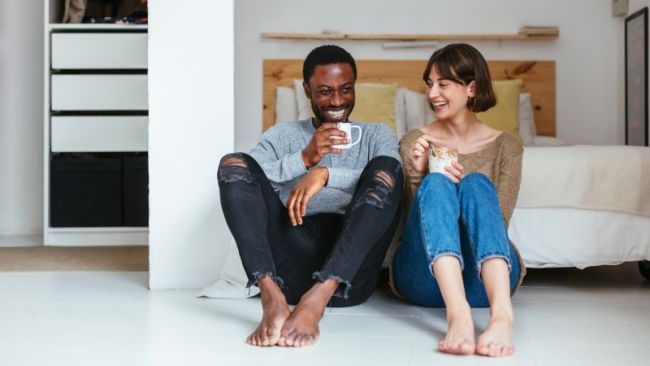 Housing trends in 2021: a year in review

What were the housing trends in 2021? Strutt & Parker review recent trends from its Life Moves publication. 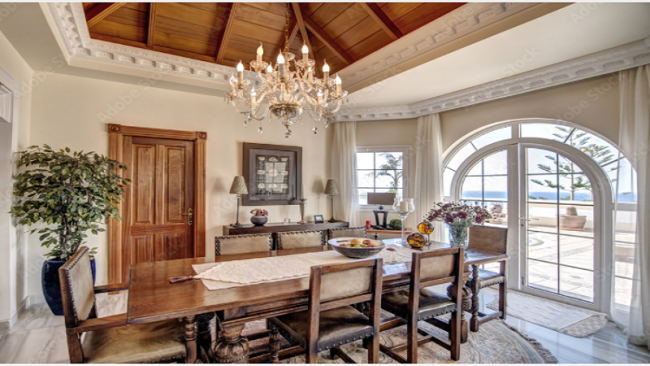 We’ve picked some homes with delectable dining rooms, and not all from the expected period properties.