Home InSPire Living in The Cotswolds, with George Evans 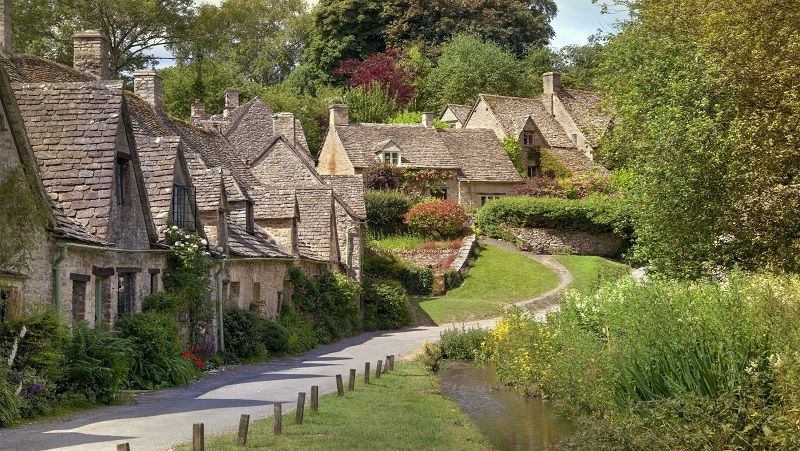 Living in The Cotswolds, with George Evans

What do you think of when someone mentions the Cotswolds? Most of us conjure up quintessentially English villages of honey-coloured stone, rolling countryside and enviable country houses. But did you know that the Cotswolds AONB covers about 800 square miles? It actually runs through five counties: Gloucestershire, Oxfordshire, Wiltshire, Worcestershire and Warwickshire. The ‘wolds’ are the rolling hills that typify this glorious area of England, marked by miles of historic Cotswold stone walls. 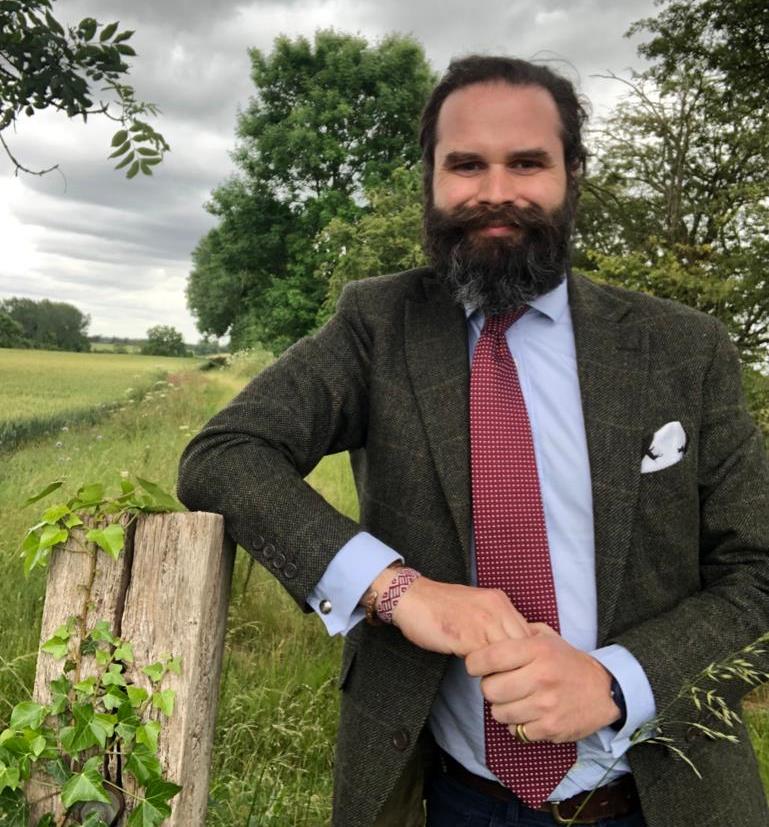 George Evans, of our Moreton-in-Marsh office, shares some of his favourite places in the region – although he can’t promise that he’s walked all 3,000 miles of its footpaths!

Daylesford Farm – One of the most famous farm shops in Britain, Daylesford is a ‘must visit’ destination. The organic farm and its suppliers uphold true sustainable values; livestock graze on the wetlands, chickens roam the agroforestry project, fruit and vegetables are grown in a 30-acre field, and power is supplied by solar panels. You can shop for local food and gifts, take part in a diverse range of courses and workshops (from calligraphy to flower arranging, cooking to well-being), relax in the spa, indulge in the restaurants, and stay in cottages.

Cotswold Farm Park – The first of its kind, Cotswold Farm Park was opened in 1971 by Joe Henson in order to protect rare breeds of farm animal. Now run by his son Adam, of Countryfile fame, you can see truly special breeds of cattle (some with wonderfully exotic names, such as Belted Galloway and Irish Moiled), goats, pigs, sheep, ponies and smaller animals. Like many farms, they have also diversified over the years, so you can now go glamping or stay in a lodge, walk through the Flower Field, or watch live music. It’s brilliant for young children - who doesn’t enjoy messy play?

Blenheim Palace - A masterpiece of Baroque architecture, Blenheim Palace is a UNESCO World Heritage Site with a fascinating history. Home to the Dukes of Marlborough and family for over 300 years, it was the birth place of Sir Winston Churchill - a direct descent of the first Duke. Today it houses one of the most important and extensive art collections in Europe and the grounds are spectacular - over 2,000 acres of parkland, gardens, a butterfly house and mazes.

Cotswold Distillery – Interestingly, the Cotswold Distillery was started by a New Yorker! It opened in 2014 in the Warwickshire countryside. It is home not just to a range of spirits, but now to a single malt whisky – which is where the dream originally began. You can enjoy tours with tastings, gin-blending and whisky masterclasses (and yes, you do get to take your creations home with you!).

Diddly Squat Farmshop –Jeremy Clarkson’s surprise television hit, Clarkson’s Farm, featured Diddly Squat Farmshop in 2020, as Clarkson found himself with a glut of potatoes. Now selling other foodie delights (including, as Clarkson says, “literally the best hamburgers in the world”), it also sells his own Hawkstone beer. The farmshop is found outside the Cotswolds village of Chadlington.

The Classic Motor Hub – Found in the heart of the Cotswolds at the historic site of RAF Bibury, a Fighter Command base during WWII, The Classic Motor Hub shouldn’t be missed if you love classic motoring. They sell, store and transport classic cars, bikes and modern high performance machines. There’s a Coffee House and shop for memorabilia and accessories, and the team regularly host classic motoring events.

Cotswold Water Park – South of Cirencester, there are 140 lakes and wetlands covering about 40 square miles. Here, you can immerse yourself in the nature reserves and birdwatching, get more energetic with water sports, cycling, fishing or riding, or do all the above whilst caravanning and camping. You can also enjoy activity or tranquillity staying in luxury lodges by the lake, or in one of the hotels. The water park even has a beach! The local species are cared for by the partnership between local wildlife trusts and the Cotswold Lakes Trust charity. 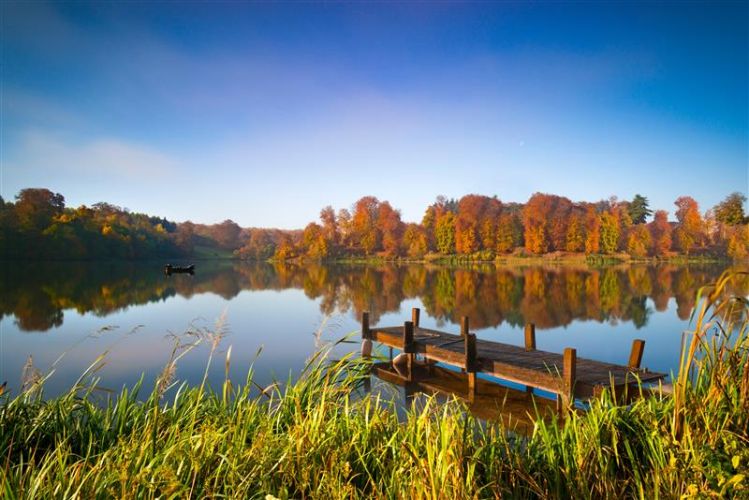 The Lamb at Shipton – This Cotswolds pub is located in the beautiful village of Shipton-Under-Wychwood on the Oxfordshire/Gloucestershire border. It has everything you want from a country pub: a cosy bar area with lots of seating to have a quiet drink, a restaurant and private dining room, as well as a large beer garden for a relaxing summer evening. The Lamb has just been named “Best Pub” in the GQ Food & Drink Awards 2022, but despite this accolade, it’s still considered a ‘proper local’.

The Slaughters – A mile away from Bourton-on-the-Water are the twin villages of Upper and Lower Slaughter. The name comes from old English 'Slohtre', which means 'muddy place' – though the villages are far from that today. They are incredibly picturesque and, consequently, much photographed, as well as being used for film productions. Upper Slaughter is a 'sainted village' meaning that it lost nobody in the First World War. You can meander along the river, visit the Lower Slaughter Museum, peek into the village churches, admire the cottages round The Square in Upper Slaughter, or have afternoon tea in the Lords of the Manor Hotel.

Find out what’s on the market through Strutt & Parker Moreton-in-Marsh. 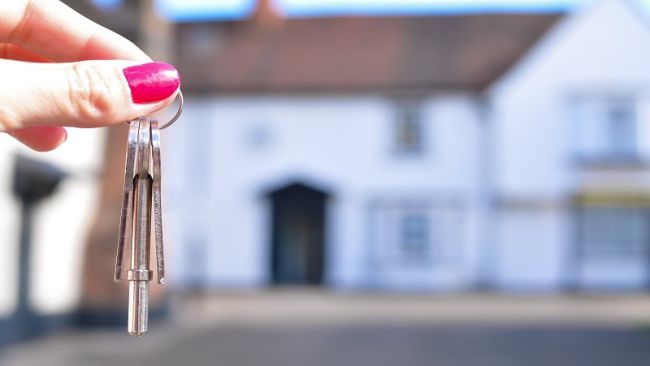 Moving house is exciting. But with so much to sort out, it can also be stressful. James Brine in our New Homes team has created a handy 13-step guide to make sure everything goes smoothly – before, during and after your move.