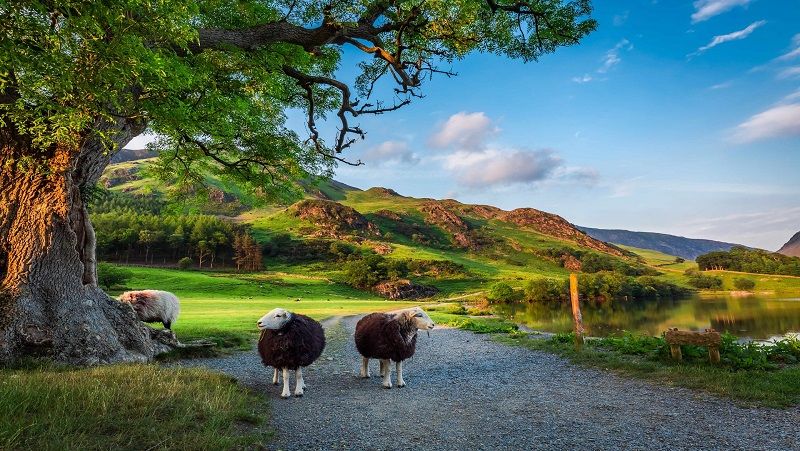 The UK is home to some of the most charming cities, towns and villages in the world. From cosy pubs and scenic landscapes, to vibrant culture and unique architecture, you’d think many of them came straight out of a fairy tale. Therefore, it is no wonder that some of our most beloved authors have used them to inspire the settings of our favourite novels. From the wilds of the Lake District to the cobbled mews of Notting Hill, we take a closer look at some of our favourites.

If there was ever a stronger romance with England’s countryside, it is Beatrix Potter and the Lake District. When Potter first imagined the tale of Peter Rabbit, she drew great inspiration from the area for her writing and illustrations. The Lakes is bursting with quintessentially English countryside filled with sheep, stone walls and rolling hedgerows. Dotted in between all of that are quaint historic towns with whimsical names such as Branthwaite Brow and Troutbeck. It comes as no surprise that she found the perfect setting for all her characters there. In fact, her love affair with the area was so strong she bought sheep farms there with the income from her novels and eventually, left her estate to the National Trust so that the area may stay preserved for years to come.

If getting lost in the tales of a city is more up your street, Michael Bond’s Paddington Bear has all you could want from a story about England’s capital city. Bond enjoyed the hustle and bustle of city life and took his inspiration from all of our London favourites. Selfridges is where he first bought the bear that inspired the character, and the pastel-coloured houses of Notting Hill became Paddington’s main stomping ground. The story ending up becoming a worldwide sensation, selling over 35 million books across nearly 20 countries, making everyone fall in love with London as well as the famous bear. Today, you can find a statue of the author and the bear in Sheldon Square.

So, if you want to feel like you’re living inside one of your favourite books, we’ve picked five of the best homes with story book connections: 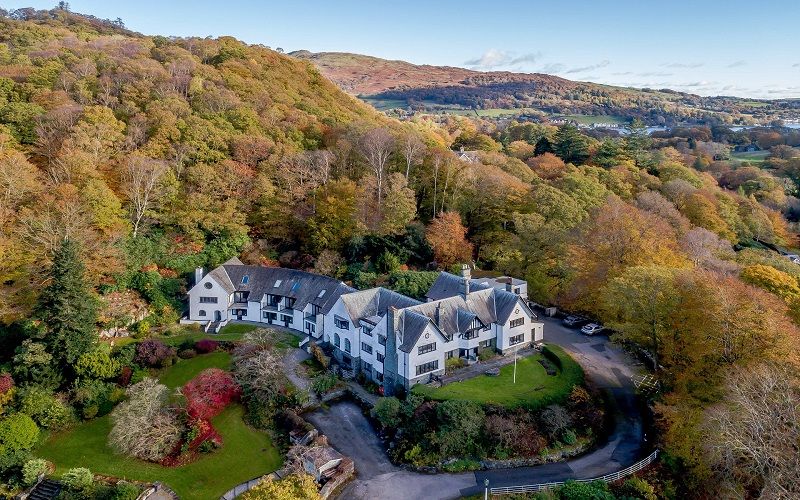 Nanny Brow was built in 1903 by the architect Francis Whitwell, who having committed his idea for his perfect house in a painting, then chose the site at Clappersgate on which to build his family home. The family were friends of Beatrix Potter and regularly met with her on Loughrigg Fell. 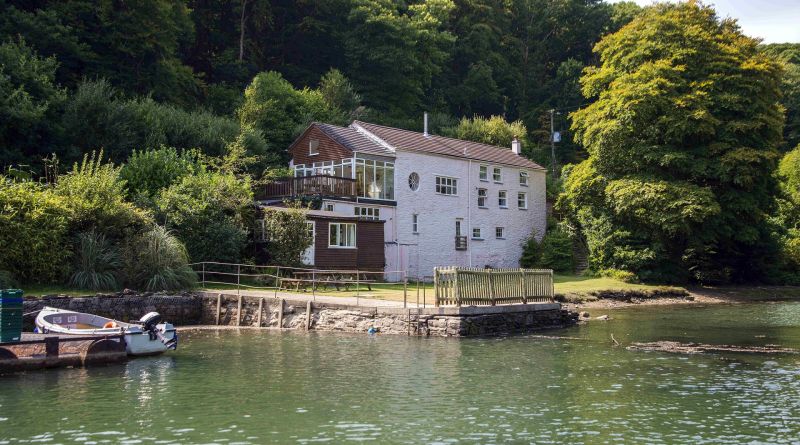 During the early 20th century, The Old Sawmills is thought to have provided the inspiration for the author of the classic novel ‘The Wind in the Willows’ Kenneth Grahame was a regular visitor to nearby Fowey, and was married in Fowey Church. He spent many an afternoon on the river and during a long stay in 1907 he completed what was to become his most successful work which was published the following year. 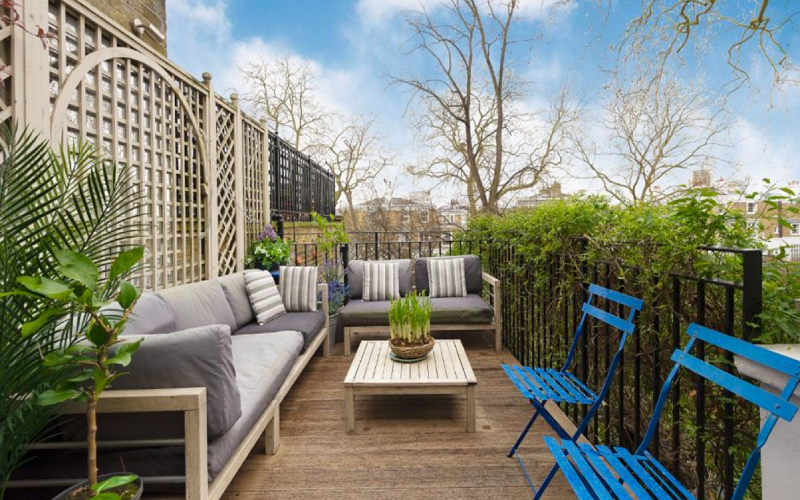 Live on the doorstep of Paddington Bear’s favourite Notting Hill locations with this fabulous four bedroom house with a west facing terrace. Situated in the Ladbroke Conservation area at the southern end of this prestigious and ever popular address, the property is close to Holland Park Avenue and therefore benefits from all the area has to offer. 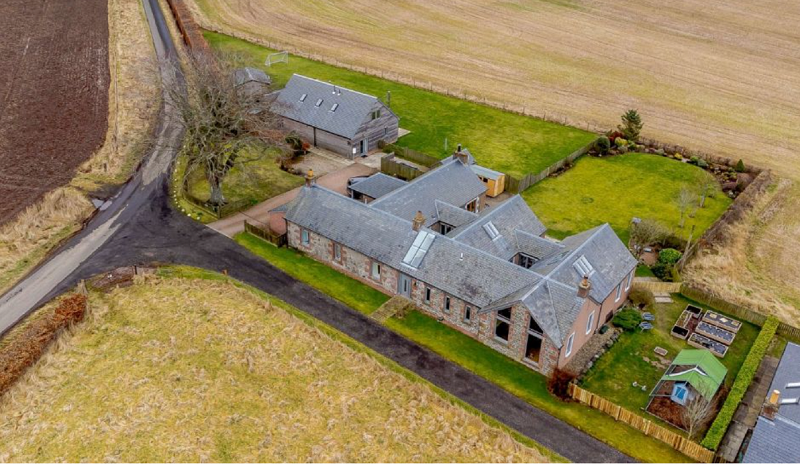 Meikle Kenny Farm Cottage is situated in the sought-after location of Lintrathen near Kirriemuir, within the foothills of the Angus Glens. Kirriemuir was the birthplace of J M Barrie, author of Peter Pan, and a bronze statue of the character can be found in the town centre. 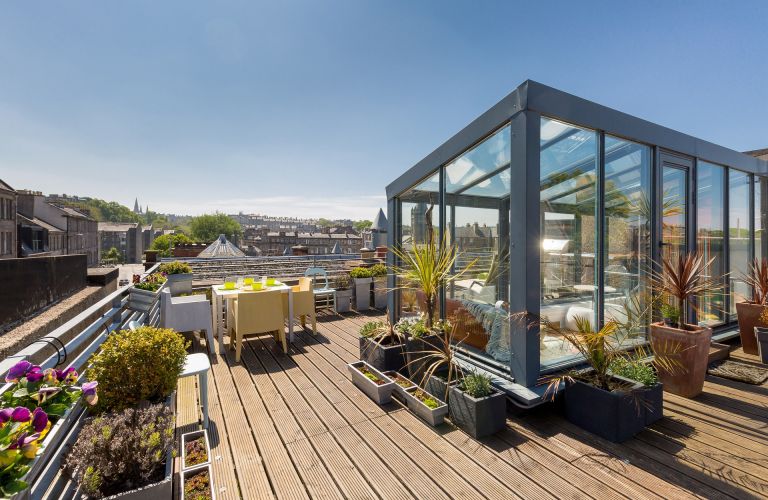 Hamilton House is located in the buzz and energy of Stockbridge, a suburb of Edinburgh. Edinburgh has a deep connection with the wizarding world of Harry Potter with much of the inspiration for the places and people in the novels coming from inside the winding streets of the city. 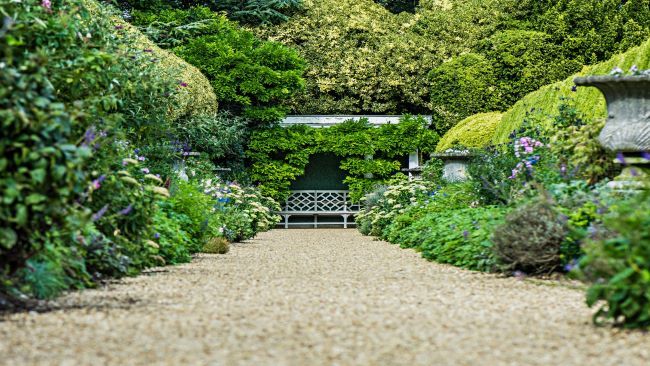 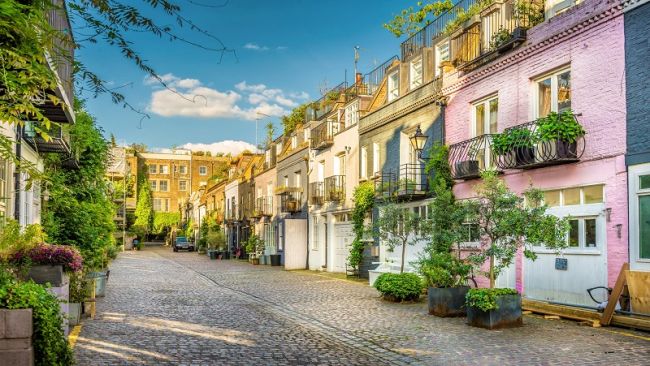 From the people who move you: Miles Meacock reveals his hotspots of Notting Hill.